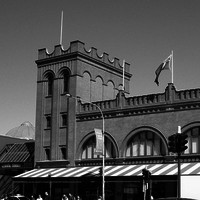 The Central Market (then called the City Market), opened on the corner of Victoria Square and Grote Street.
1870

The City Market was officially opened a year after the first day of trading.
1900

The foundation stone for the two-storey brick façade of the Central Market designed by R. Sloan and J. Vickers was laid on 8 February 1900.
1966

Opening of the New Central Market

Around 3am on 23 January 1869 a ‘small but noisy procession’ of produce traders made its way from the East End Market on East Terrace to a new retail market site close to Victoria Square, between Grote Street and Gouger Street. The City Market, as it was then called, began trading on land owned by the Adelaide City Council on the same day. At that stage there were no covered sales areas or shops, just open land, a fence and some gas lights.

Two large sheds for produce carts were completed by June 1869 and the City Market was officially opened on 22 January 1870. Vegetables, fruit, hay, fish and game were sold from 50 to 100 carts on Saturday morning and then also on Tuesday morning. To cater for expanding demand the two sheds were joined together by a roof over the roadway that separated them and an additional shed was constructed in 1873. Additional shops were erected along the perimeter of the market facing Gouger Street and Grote Street through the 1880s.

In 1889 plans to rebuild the market were drawn up by the Council’s draughtsman R Sloan under the direction of City Engineer J Vicars. The new premises featured an elaborate, two-storey brick façade on Grote Street, which included 16 shops at ground level with arched windows above. The foundation stone was laid on 8 February 1900 and the new facility was occupied that same year. Not long after it was completed, a 36.8m veranda was added to the frontage.

Later development included an arcade of shops between Gouger Street and Grote Street in 1915 and the extension of the Market Arcade to Victoria Square in 1920. A major two-stage redevelopment was carried out to the City Market behind the street façades in the 1930s.

Over 30 years later, the City Council initiated a much-needed upgrade of the market. Plans were drawn up by architects Cheesman, Doley, Brabman & Neighbour and work commenced on 8 January 1965. During the redevelopment the eastern end of the Grote Street brick façade was demolished as were the early cast iron and glass arcades. The renamed Central Market was opened on 17 June 1966 by Lord Mayor James Irwin.

There were few alterations to the Central Market after the major redevelopments of the 1960s, but on the night of 27 June 1977, the southern stallholders' section of the market was badly damaged by a fire, causing half a million dollars' damage. Although there were major rebuilding and rejuvenation projects to repair the damage, the 1970s and early 1980s saw a number of major redevelopment schemes abandoned.

The arrival of migrants from Asia, and particularly Southeast Asia, in 1970s and '80s led to further growth in the Central Market precinct. Many Asian traders moved into the areas known as Chinatown and Market Plaza, west of California Street to Moonta Street. Additional structures inspired by Chinese architecture, such as the paifung at the main gates, the stone guarian lions, red lanterns and pagoda-style roofs have added to the distinctive appearance and character of the market precinct. The Central Market now has 250 traders under one roof and remains a distinctively Adelaide institution, renowned for fine food and produce and a bustling cosmopolitan atmosphere. 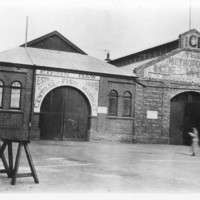 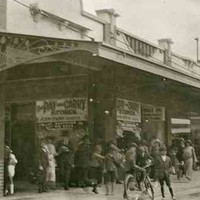 Image courtesy of the State Library of South Australia, SLSA: B 1858, Public Domain 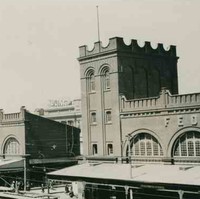 Image courtesy of the State Library of South Australia, SLSA: B 9614, Public Domain 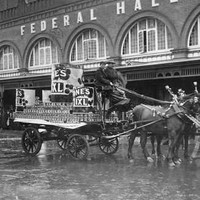 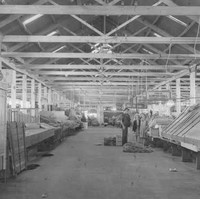 The interior of the Adelaide Central Market, 1938
Courtesy of/Photographer:News and Mail photographer

Image courtesy of the State Library of South Australia, SLSA: B 10260, Public Domain 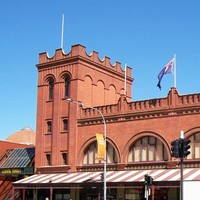 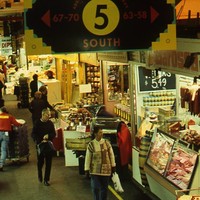 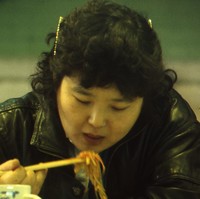 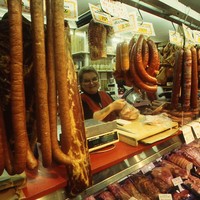 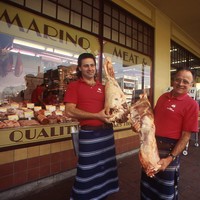 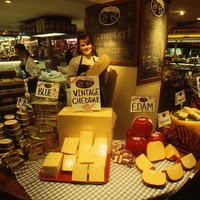 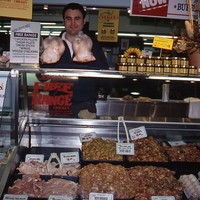 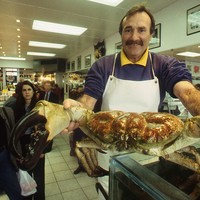 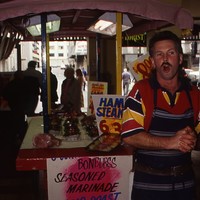 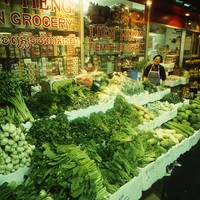 I'm afraid that's before my time Margaret but I would love to try one of those cakes!

There was a very good book put together to mark 150 years of the Central Market, you might be able to find a copy at your local library - https://adelaidecentralmarket.com.au/product/adelaide-central-market-sto...

I’ve been reminiscing about my childhood and remember my mother shopping at Adelaide Central Market can anyone remember the Budapest Continental Cake shop? I’m wondering if it’s a figment of my imagination! I remember their poppyseed pastries and jam and cream donuts and cakes that were made in a moulded cake tin. Back in the 1960’s my mother’s shopping bags were canvas horse chaff buckets with rope handle! Would be very stylish today.

I’ve been reminiscing about my childhood and remember my mother shopping at Adelaide Central Market can anyone remember the Budapest Continental Cake shop? I’m wondering if it’s a figment of my imagination! I remember their poppyseed pastries and jam and cream donuts and cakes that were made in a moulded cake tin. Back in the 1960’s my mother’s shopping bags were canvas horse chaff buckets with rope handle! Would be very stylish today.

Hi Cherie,
If you click on the Sources tab above you can see where the author of this article has found information, which will be a good starting point for further research.

Hi, this is Cherie, I'm a student of master of teaching and now planning Hass lesson to introduce the central market to students in history strand and focusing on continuity and change. So just wondering that if I wanna show students that products( what products we sold in the past and what new products we sell now) and their price, where can I get this information?
Cheers

Hi Henry,
I'm afraid we don't have details of all the stallholders on file, but if you contact the Adelaide City Council they may know more.

Hi I am trying to locate a stall fruit and vegetables owner in the 70's. He was of Dutch origin and lived in Seaton. He was a good friend of mine.