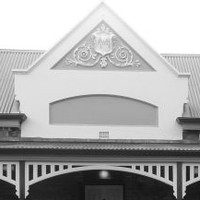 The 13 cottages that make up Elder Mews are all that remain of 48 homes built for workers on a site bounded by Wakefield, Angas and Elder Streets in the late nineteenth and early twentieth centuries. The homes were funded through a bequest of £25 000 made by South Australian businessman and philanthropist Sir Thomas Elder on his death in 1897. Elder specified that the bequest was to be used to construct workmen's homes in or near Adelaide. He wanted the housing scheme to be modelled on the Peabody Donation Fund in the United Kingdom that provided housing for the poor in London.

The trust established by the executors of Elder's will determined that the bequest fund cottages to be rented at reasonable rates by working men and women at a distance of not more than 16km from the Adelaide GPO. The location was to enable them to live conveniently near their work in the city. The scheme was not intended to be a charity. Executor and trustee Robert Barr Smith commented, 'I wish to say emphatically it is no charity ... So far from the occupation of these houses being any mark of poverty or dependence, living in them ought to be a certificate of character, of independence, of solvency'. He stressed that the executors aimed 'to do the greatest good for the greatest number without regard to any man's religion or politics'. A tenant need only be 'an honest and respectable workman' (Advertiser, 17 June 1898).

The cost of land in London led the Peabody Donation Fund to construct densely populated, high-rise developments. Such developments were rejected for Adelaide. Instead, the homes were to be relatively roomy cottages with space for a garden. Emphasis was given to good sanitation and ongoing maintenance. A competition was called for cottage designs. The advertisement stipulated that designs were to be for three, four and five-roomed homes, each with a bathroom, pantry, cellar or alcove and a washing copper. Adelaide architect Charles Rutt won the competition. His designs provided attached cottages with rooms of 4.3m by 3.7m and a ceiling height of 3.4m. They were to be of Tapley's Hill bluestone with facings of red red brick. These specifications 'contrasted markedly with the cramped and primitive cottages built by other wealthy men for rental to much larger numbers of working class residents'.[1]

The male and female workers to occupy the dwellings were selected from open applications. In December 1900 the tenants included bootmakers, coachmen and drivers, grooms and stablemen, dressmakers and tailoresses, labourers, constables, a librarian, butcher, housekeeper, musician, teacher, packer, postal and railway employees, coach builders and painters, and an engineer. The then average weekly earnings for heads of resident families were £1 17s 7½d and the average weekly rent was 9s 1½d per dwelling or 2s 4d per room.[2]

In 1968 the homes were purchased by the Adelaide City Council, which proceeded to demolish them to make way for an extension of Frome Street. By 1972 only 13 of the cottages remained. However, following a campaign by conservationists, the Council changed its policy and invited proposals for their purchase and restoration. Cityscape Pty Ltd completed restoration by the end of 1974. 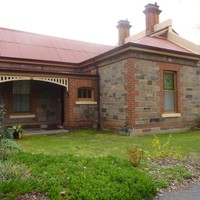 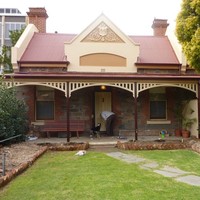 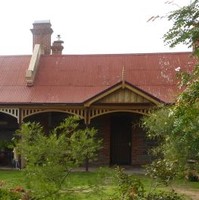