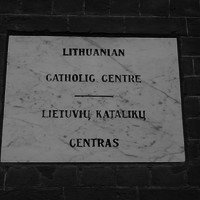 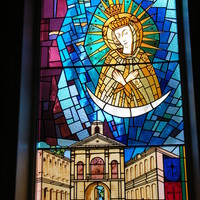 Blessed Virgin Mary and the Gates of Dawn.
c. 1970

Under the guidance of Fr Spurgis a national shrine was erected, a baptistery and five stained glass windows commemorating the five dioceses of Lithuania were added to the chapel. 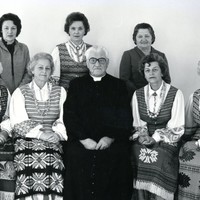 By the end of 1948 there were 100 Lithuanians in Adelaide.  Shortly before Christmas the Catholic Immigration Office organised an afternoon tea in St Francis Xavier Cathedral hall which became the venue of Lithuanian social activities for the first few years.

The Archbishop of Adelaide at that time, The Most Reverent Matthew Beovich appointed Father P Jatulis then residing in Rome to minister to the spiritual needs of the community in Adelaide.  Soon after his arrival in 1956 Fr Jatulis called a meeting at which the Lithuanian Catholic Parish Organisation was constituted and officially registered as Lithuanian Caritas Inc.

In 1959 Caritas Board member, Mykolas Varoneckas offered his large property at 6 Third Ave St Peters to the parish, the former Hardwicke Girls College.  The building was in need of repair and permission was sought and given to establish a national chapel.  In August, Caritas paid a deposit of £2000  with £4000 left with a mortgage of 5 years.

On 20th November 1960, Archbishop Beovich consecrated the chapel of St Casmir, named after the patron saint of Lithuania. 650 Lithuanians were in attendance.

The parish has seen several Lithuanian priests over the years.  The last priest, Father Petraitis passed away in 2016.

Under the guidance of Father Spurgis in the late 1960s early 1970s a national shrine was erected, a baptistery and five stained glass windows commemorating the five dioceses of Lithuania were added to the chapel, motel type accommodation was built for visiting clergy and guests, a hall, newspaper room and library were built, and extensions were added to the original building.

The Catholic centre has been home to other organisations such as the Lithuanian Catholic Women’s association, Ateitis (Catholic scouts) and University graduates group.

Mass is still held each Sunday with an Australian priest, except for once a month when the Lithuanian parish priest from Melbourne comes. 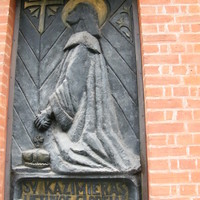 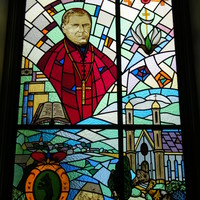 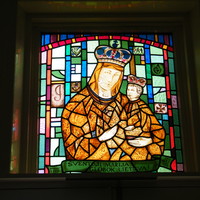 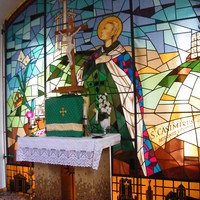 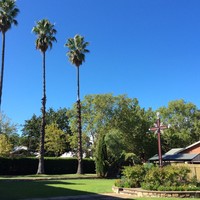 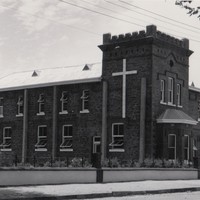 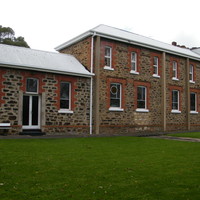