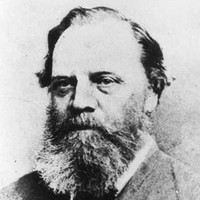 William Randell was born on 2nd May l824 at Sidbury, Devon, England, the son of William Beavis Randell and his wife Mary Ann. The family emigrated to South Australia on the Hartley in 1837 and lived in primitive conditions until Randell senior, who was a general stock manager for the South Australian Company, built a house near Hackney Bridge. Shortly afterwards he took up land at Gumeracha, where he built a flour mill.

Educated at Exeter, England, and in Adelaide, W.R. Randell, with his father, held land along the banks of the Murray and it was here, while minding cattle, that he became determined to be the first man to put a steamboat on the river. With his brother John he rented his father’s flour mill and in 1852, hearing of the Victorian gold-diggings, he ‘thought it time to start the steamboat’, although he had never seen one and his father opposed the plan. Carpenters and his brothers, Thomas and Elliott, cut timber for the hull at Gumeracha and the frame was carted by bullocks over the hills to Mannum. The engine was built by a German engineer and a blacksmith made the boiler to a novel design by Randell himself. The 56-foot hull was completed in February 1853 and in March the steamboat Mary Ann, having cost about £1,800, made a successful trial run. Randell’s first trading voyage began on 25th March but low water below Lake Bonney forced him to return to Mannum. On 15th August he set off again with about twelve tons of stores. Near Swan Hill in Victoria the Mary Ann was overtaken by Francis Cadell’s Lady Augusta with Lieutenant-Governor Sir Henry Fox Young and his party on board. Continuing upstream further than the Lady Augusta, Randell reached Maiden’s Punt (now Moama). For his feat the South Australian government gave him £300. A further £400 and a testimonial were later presented to him by the citizens, who felt that he had been insufficiently rewarded.

In 1854 Randell extended the Mary Ann to 75 feet but it was still not big enough for his purposes. The following year he joined it with a new hull, mounted a single paddle-wheel between the two hulls and renamed it Gemini. In this unconventional vessel he steamed up the Murrumbidgee River to Lang’s Crossing (Hay) where he established a trading store. On later voyages up the Darling River he went as far as Walgett, 1,650 river miles from the sea. He then gave up milling and built a house at Mannum.

On 24th December 1853 Randell married Elizabeth Ann Nickels and they made their home at Gumeracha. Later he moved to Wentworth to supervise his trading interests and his growing fleet. In 1861 he was appointed a Justice of the Peace for New South Wales. In the 1870s he returned to South Australia, living first at Mannum, where he installed a dry dock, and later at Gumeracha, where he lived in the family home, Kenton Park, with a redecorated dining room resembling a paddle-steamer saloon. In 1873 he became a Justice of the Peace for South Australia. He controlled his various activities until 1899 when he handed responsibilities over to his son Murray. His most serious loss, costing £6,000, occurred in 1863 when his paddle-steamer Bunyip and its barges were destroyed by fire on the River Murray, Randell being lucky to escape with his life.

In 1893-96 and 1896-99 he represented Gumeracha in the House of Assembly, where he favoured water conservation and irrigation, village settlements, workingmen’s blocks and women’s suffrage, and opposed protection and taxation change. Though the oldest member of the House, he was still agile, travelling each week from Gumeracha while Parliament was in session.

William Randell died on 4th March 1911 and was buried at Salem Baptist Cemetery. The No. 1 weir and lock at Blanchetown on the River Murray were named in his honour. 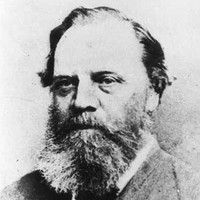 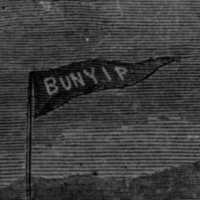 The Australian twin-hulled steamer Bunyip, c. 1860. Bunyip was owned by William Randell until destroyed by fire in 1863