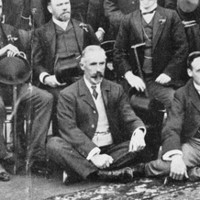 North Adelaide-born Walter Charles Torode (1858–1937), after a carpentry apprenticeship at William King’s steam joinery works, made his reputation building fashionable houses for ‘the gentry’ in Aldgate and Stirling in the Adelaide Hills. Soon a prominent builder, Torode’s contracts included Adelaide University’s Elder Conservatorium (1897) and Adelaide’s Stock Exchange building (1900) and Ruthven Mansions (1913), and extensions to St Peter’s Cathedral (1901) in North Adelaide. Among the first Australian builders to grasp the structural potential of reinforced concrete, he built concrete houses in metropolitan Adelaide, mostly in the Unley area. Torode’s eccentric designs, influenced by the arts and crafts movement and the American houses of Orson Fowler, were prominent in his day through his flamboyant self-promotion, but his concrete houses had little influence on succeeding generations. 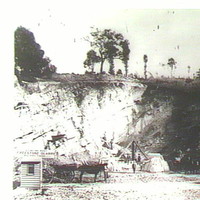 Image courtesty of the State Library of South Australia, SLSA: B 46897, Public Domain. 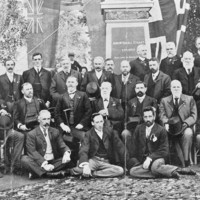 Image courtesy of the State Library of South Australia, SLSA: B 62461, Public Domain.