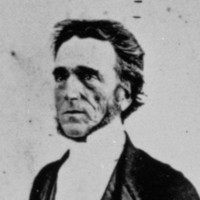 Thomas Quinton Stow was born on 7th July 1801 at Hadleigh, Suffolk, England, a descendant of an old farming family. He became a member of the Hadleigh Congregational Church in November 1815, began preaching at the age of seventeen and later studied at the Missionary College, Gosport. He was minister at Framlingham, Suffolk (1822-1825), Buntingford, Hertfordshire (1828-1833), where he was ordained on 22nd April 1828, and at the Old Independent Church, Halstead, Essex (1833-1837). By 1828 he had married Elizabeth Randolph Eppes of Southampton.

In 1836 Stow was accepted for service in South Australia by the newly formed Congregational Colonial Missionary Society. A valedictory service was held in the King’s Weigh House Chapel, London, in May 1837, and Stow, with his wife and four young sons, sailed from Gravesend in the Hartley, arriving at Holdfast Bay on 20th October 1837.

He pitched his tent on the southern side of the River Torrens, near the old Morphett Street foot-bridge, and preached his first sermon there on 5th November 1837. The Congregational Church was formed on 19th December 1837 in the tent then located on Acre No. 5, North Terrace, situated midway between West Terrace and Morphett Street. The Church consisted of eleven members, including Stow who was elected pastor. The original compact states, ‘The form of the Church which we now constitute is that of the Congregational or Independent order; but whilst this is its denominational character and the profession of its officers, yet Christians of other denominations we shall esteem it our duty and happiness to admit to its ordinances and privileges.’

In writing to the Colonial Missionary Society in February 1838, Stow said, ‘Our first care was, of course, to provide ourselves with a residence. It was well you allowed us a tent, for no house could be had. The tent was our abode for three months. But a trial of this mode of life for a family convinced us that it could only do as an expedient. Centipedes crawled into our beds, the white ants ate up our furniture.’ He helped to build, on acre No. 5, a temporary place of worship, constructed of gum-wood posts, pine rafters and reed thatch. This also served as a temporary residence. It was the first religious edifice built in South Australia and was used as a church from about February 1838 until October 1840.

At the request of some leading colonists, Stow opened a daily classical academy, thus beginning higher education in the colony. In December 1839 the foundation stone of a new Congregational Chapel was laid in Freeman Street (now part of Gawler Place). Opened in November 1840, it carried a heavy debt which caused Stow much embarrassment during the Depression years. He supplemented his income by farming a property, which he named Felixstow, on the River Torrens.

Stow was responsible for forming many new churches and for recruiting and training four ministers. He was the first Chairman of the Congregational Union of South Australia in 1850 and did much to foster friendly relations between all denominations. He was appointed to the first Board of Education in 1846 and served on many other public committees, always ready to promote moral, social and intellectual progress. As the outstanding preacher in early Adelaide, his continuing opposition to State aid to religion had a powerful influence until grants were finally abandoned in 1851.

After a strenuous ministry in Adelaide of nineteen years, Stow was obliged to resign his pastorate in September 1856. He died in Sydney on 19th July 1862 and was buried at West Terrace Cemetery, Adelaide, mourned by the whole city. Parliament and banks closed for the occasion and a public subscription gave him a costly headstone. In 1867 the Stow Memorial Church (now Pilgrim Church) at 12 Flinders Street became his best known memorial. 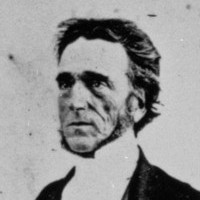 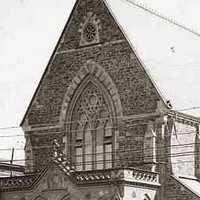