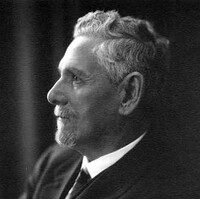 Sidney Kidman was born near Athelstone, South Australia, on 9th May 1857, the son of farmer George Kidman and his wife Elizabeth Mary (née Nunn). He led a life in which the reality and the myth were difficult to separate. After a few years of elementary schooling at Norwood, he ran away from home, armed, as legend has it, with a one-eyed horse and five shillings. Heading initially for Kapunda, he moved to Burra before journeying to meet his brother who was working in the Barrier Range in western New South Wales. It was here that Kidman picked up his first itinerant work, earned enough to buy a bullock team and set himself up as a carrier. During this time he established contact with Aboriginal people, earning their trust, working with them and learning much of their bushcraft.

Kidman’s transport work in isolated outback communities extended to droving large mobs of cattle and horses. Occasionally these ventures took him as far as Adelaide. When copper was discovered at Cobar in the early 1870s, Kidman used his knowledge of droving and transport to establish a butcher’s shop. It was here that his peculiar ability to both spot and strike a deal was made plain. Like a number of other identities in Australia’s pastoral industry, he not only purchased cattle but also butchered them, and the profits flowed with spectacular success.

Further assisted by a legacy of £400 from his grandfather in 1878, he diversified his commercial interests into other forms of transport and stock trading. He established coaching businesses in New South Wales and Western Australia and also supplied the British Army in India with horses. Meanwhile, his judicious purchase of cattle, and profitable sale of them to another brother who ran a butchering business in the young settlement at Broken Hill, provided further profits. On 30th June 1885 he married Isabel Brown Wright at Kapunda and they had four daughters and two sons.

From 1886 Sidney Kidman began purchasing station properties at strategic, remote situations. Determined never to be beaten by adverse environmental conditions, he developed two chains of interdependent properties, one stretching from the Gulf of Carpentaria through western Queensland and western New South Wales into South Australia, and the other from the Fitzroy River in Western Australia and Victoria River Downs in the Northern Territory all the way south to the Flinders Ranges. When seasons were poor on one of these stations, stock could be moved to another in a more favourable location. With an eye for good water supply and feed, and with a deep understanding of the land and its people, he was able to weather the Depression of the 1890s and the severe drought of 1902. By 1914 he controlled an area of land larger than Tasmania.

During the First World War, Kidman gave fighter planes to the armed forces and in 1920 presented the Salvation Army with a half share in one of his cattle stations. He made his main home at Kapunda, at a property called ‘Eringa’, which he gave to the South Australian Government for use as a high school in 1921, shortly before he was awarded a knighthood. Kapunda was also the site of Kidman’s annual horse sales. First held at the rear of the North Kapunda Hotel in October 1900, when 350 horses were auctioned, the event became a fixture for the next thirty years. Kidman charged admission to these world-famous sales and donated the proceeds to local charities. Between 1924 and 1927, despite his philanthropy and gifts to the nation, Kidman was successfully prosecuted by the Federal Government for unpaid land tax.

Never known to have sworn, drunk alcohol or smoked tobacco, Kidman was six foot tall and well-built. He had an easy-going manner and made friends easily. He died on 2nd September 1935 and was buried at Mitcham Cemetery. 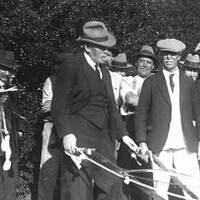 Spectators watch Sir Sidney Kidman operate a plow as he 'turns the first sod' for a new park at Unley, 1923 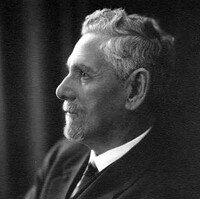