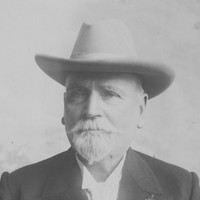 Richard Bowyer Smith was born in London, England, in 1837, the son of carpenter Owen Smith and his wife Mary Ann (née Levi), and shortly after the family emigrated to South Australia on the Trusty, arriving in May 1838. They settled in Adelaide where Owen Smith erected prefabricated iron and wood houses, which had been brought with them on the ship. Once he was old enough, Richard worked for J.G. Ramsay, an agricultural engineer at Mount Barker, as a pattern and body maker, soon rising to be foreman. He then worked as a blacksmith at Port Wakefield, making ploughs and other agricultural implements. In about 1872 he and his brother, Clarence Henry (1855-1901), bought farm land at Kalkabury (now Arthurton) on Yorke Peninsula. Richard later purchased the blacksmith shop in the township and did jobs for other farmers while working his own farm.

At this time farmers on the Kalkabury acreages had a serious problem with the tree-stumps and limestone that caused considerable damage to the existing ploughs. Richard Smith spent hours on his innovative stump-jump plough, and the prototypes were produced in his private blacksmith shop on the farm. Clarence, who was indentured to his brother as an apprentice, also put a great deal into the development of the plough and, indeed, drew the first sketches, but the honour went to Richard as the master.

In 1876 Richard Smith finalized his unique invention, the ‘Vixen’, a strong steel plough that would cope with the problem of stumps in virgin soil. When the plough hit a stump or rock, it rode over the top of it without breaking. The frame, weighted and hinged, was designed to allow the shares to fall back into the furrows after encountering the stump. Ploughing in this fashion would enable a good, even crop to be grown and harvested. Smith exhibited the plough in November 1876 at the Moonta Show where it won a first prize and attracted considerable interest from newspapers. The Farmers’ Weekly Messenger commented that it would ‘if adopted by agriculturalists, cause a complete revolution in tilling uncleared land’. Acceptance for the plough was slow but, undaunted, Richard Smith continued to make minor improvements and exhibit it at agricultural shows.

With funds running low, he became the first licensee of the Arthurton Hotel in 1877. It is presumed that his wife Margaret (née Smith), whom he had married on 23rd May 1863, was managing the hotel, enabling the brothers to run the blacksmithing business and promote the Vixen plough. The patent was registered in 1877 but after a year it was allowed to lapse as Smith and his family were in severe financial straits. In 1884, lured by the great wealth to be made in Western Australia, he moved his family there and set up a manufacturing machinery works at Beverley, where he continued to produce stump-jump ploughs. He died at Subiaco on 5th February 1919. This left Clarence free to manufacture and market the stump-jump plough in South Australia. He set about refining its design and in 1880 built a factory in Ardrossan, which ultimately employed over one hundred workers.

There has been much conjecture over who was really the inventor of the stump-jump plough. Clarence Smith’s working drawings, which are still in existence, show that he drew the plans in 1876. During this time Richard had returned to work as a traveller for J.G. Ramsay. Meanwhile, Clarence was working in the blacksmith shops on the farm and in the town, as well as doing some farming. Support for Clarence Smith as the inventor is strong, as he worked continuously on the prototype, making numerous improvements.

The stump-jump plough is considered to have been a major factor in making poor quality land capable of high grain productivity throughout Australia. Thousands of acres were brought under cultivation through its use. Richard Bowyer Smith and his brother Clarence both deserve to be remembered as the authors of this timely invention. 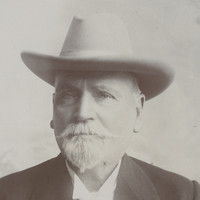 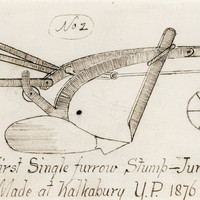