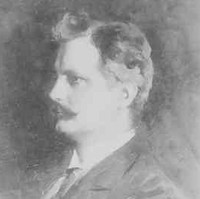 Edward Pariss Nesbit --- he re-invented himself as Paris Nesbit at the age of 44 --- was a leading light in the colony’s legal profession from 1893 to 1915. He was born on 8th August 1852 at Angaston, South Australia, the son of schoolmaster Edward Planta Nesbit and his wife Ann (née Pariss). He was educated in Light’s Pass and Tanunda, easily topping the colony’s examination system at the age of thirteen. In 1868 the Nesbits moved to Adelaide and the sixteen-year-old was articled to Rupert Ingleby, Q.C. Five years later Nesbit was admitted to practice.

Ten years marked him out for a brilliant career; another ten found him the co-leader, with Josiah Symon, of the South Australian Bar. He became a Queen’s Counsel in 1893 and last appeared in the Supreme Court in 1921 at the age of 68. Nesbit’s career as counsel included the drafting of numerous Parliamentary Bills for the government but it was his forensic ability and his histrionic courtroom-cabaret style that won him most admirers and most detractors.

Throughout his practising years Nesbit lent his professional prowess to intellectual and political groups, including the Australian Natives’ Association, through which he advocated Federation, attending the 1897 Federal Convention. He also attempted a parliamentary career, standing unsuccessfully for East Adelaide and Barossa, losing pre-selection to contest Federal seats for the United Labor Party in 1906 and as an Independent in 1910. Few electors found much comfort in his eccentricities and the parties could not succour such an independent spirit.

The boy who was said to have dipped into Milton before he was three and, less apochryphally, translated Goethe at ten, had easily outgrown the Barossa. In the bigger pond of the capital, his growing confidence was marked by prodigious memory, sparkling wit and sweeping erudition. He drew on all three to humble, confound and bamboozle judges, fellow lawyers and witnesses alike. With Charles Cameron Kingston, he co-founded the Articled Clerks’ (later Law Students’) Debating Society, regaling his peers with philosophy and politics dramatized with poetry and literature. He extended his intellectual breadth after his admission to the Bar by editing a succession of young men’s self-improvement magazines, contributing translations and essays, and lecturing young men’s societies on scientific and social matters.

Nesbit also outgrew Adelaide. Emerging liberalism led him to reject conservative Christianity, though not his religious faith. Similarly, he rejected the matrimony into which he had entered with Ellen Logue on 9th December 1874, though not sex. He philandered for the rest of his life and set up house with an ‘actress’, Cecilia Elizabeth Hughes, whom he married on 22nd February 1921, six days after his wife died. In 1900 he started a newspaper, Morning, to attack humbug wherever he saw it. And he found it everywhere in public life and poured vitriol on its practitioners, especially Charles Kingston.

No wonder, then, that the mud of ‘madness’ began to stick to Nesbit. It certainly killed his political chances, though he kept his legal career aloft, albeit with moods of depression during which he could become belligerent. He did not help himself by a propensity to sue his aggressors and by adding to erratic conduct several erotic episodes. The first two, in 1885, the results of his over-passionate attraction to a young lady, ran him afoul of the law and, for nearly six months, into a Melbourne asylum. In 1896 the Adelaide Asylum received him overnight on the orders of his old legal companion, Kingston, now Premier. In 1898 he returned on three occasions, ranging from one day to four months, again on Kingston’s instructions. In each case, some unrestrained mud-slinging at the latter, especially over his private moral delinquencies, added a sour political note to what were clearly plaintive cries for help from a troubled soul. He died on 31st March 1927 and was buried at North Road Cemetery. 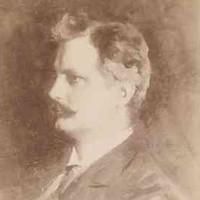 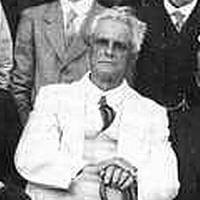