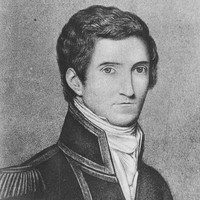 Matthew Flinders (1774–1814), navigator, was born in Lincolnshire and expected to become a surgeon like his father. Instead, claiming inspiration from Daniel DeFoe's Robinson Crusoe, he went to sea. Entering the navy at the age of 15, Flinders obtained his first major deep-water experience during William Bligh’s second breadfruit expedition to the Pacific (1791–1793), saw action against the French, then served a five-year tour of duty in New South Wales. Here he made a name for himself as a coastal explorer and upon return to Britain secured approval for his proposal to complete surveying the Australian coast. Sailing in HMS Investigator in July 1801, he first explored and charted the unknown southern coast. The names he affixed to various features, including Spencer and St Vincent gulfs, Kangaroo Island and Mount Lofty, are a permanent reminder of the extent and importance of his discoveries, which together with those of Charles Sturt along the River Murray, focused attention on the area’s suitability for settlement. Flinders continued charting in northern waters until the ship’s poor condition forced his return to Sydney. His first attempt to sail for Britain in the Porpoise led to shipwreck and his second in the Cumberland to six years’ imprisonment at Mauritius. His last years were spent compiling his charts and writing A Voyage to Terra Australis. 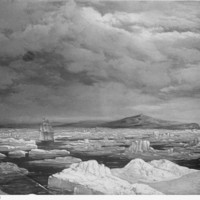 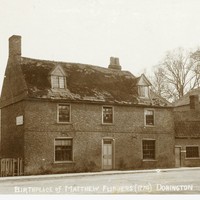 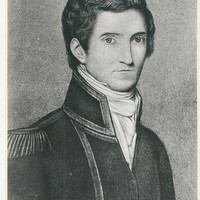