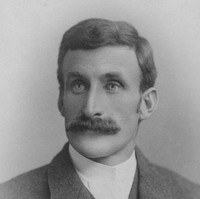 Lawrence Allen Wells was born on 30th April 1860 at Yallum Station, near Penola, South Australia, the son of squatter Thomas Allen Wells and his wife Isabella Elizabeth (née Kelsh). He grew up in the Mount Gambier district and after a short stint in a merchant’s office joined the South Australian Survey Department in October 1878. In 1883 the Surveyor-General, George Goyder, offered him the position of Assistant-Surveyor to the Northern Territory and Queensland Border Survey Expedition under Augustus Poeppel. This task took almost three years to complete, after which Wells spent two years in the far north of South Australia and the Northern Territory, surveying pastoral boundaries.

In 1891 he was appointed surveyor to the Elder Scientific Exploring Expedition, led by David Lindsay under the auspices of the Royal Geographical Society of Australasia (South Australian Branch). Lindsay’s instructions were to investigate the remaining ‘blank spaces on the map of Australia’ (essentially the Great Victoria, Little Sandy, Great Sandy, Tanami and Simpson Deserts). After a good start, the expedition suffered severe hardships and personnel problems, which resulted in Lindsay’s returning to Adelaide leaving Wells in charge of the remants of the expedition. Wells discovered evidence of gold at what was to become the East Murchison goldfields (near present-day Wiluna) but the expedition was disbanded in March 1892. Only Wells and the cook, Warren, came away with clean slates. Wells returned to the Survey Department and on 22nd September 1892 he married Alice Marion Woods.

In 1896 Albert Calvert, a London mining engineer, offered to finance an expedition to complete the task of the Elder venture. Wells was selected to lead the Calvert Exploring Expedition, again supervised by the Royal Geographical Society. He engaged the Afghan camel-driver Bejah Dervish, and the party of seven men and twenty camels left Lake Way on 16th July 1896 and headed north-east into uncharted country.

After a substantial reconnaissance trip, the party was just over halfway through the two Sandy Deserts in October when it was decided that Wells’ older cousin Charles Wells and George Jones, the 18-year-old nephew of David Lindsay, would make a ‘flying trip’ to the west and then rendezvous with the main party at Joanna Spring, some 200 miles further north. The increasing heat of the advancing summer, scant water and lack of feed for the camels caused both parties extreme hardship. The main party was soon travelling only at night and was forced to abandon most of the equipment at Adverse Well and the remainder of it the following day. Low on water and unable to locate Joanna Spring (which had been innocently mis-mapped by Warburton), they made a desperate dash for the Fitzroy River. Charles Wells and Jones had abandoned the flying trip and, following the main party but about twelve days behind it, they perished. Their sun-dried bodies were finally found on May 27th 1897 after five search expeditions by Lawrence Wells.

In August 1897 Wells transferred to the Pastoral Board but from March to September 1903 led the Government North-West Prospecting Expedition, after which he returned to the Surveyor General’s Office and spent three years on a trigonometric survey in the north-west of the Northern Territory. In 1909 he joined the State Taxation Department and the following year became the Federal Deputy Commisioner of Land Tax for South Australia. He rejoined the Land Board as Chairman in 1918 and held this position until his retirement in 1930.

He pulled on his explorer’s boots again to lead the privately-organized Quest (1930), Endeavour (1932) and Tarcoola (1933) Expeditions. In 1935 he received the Jubilee Medal and in 1937 was appointed O.B.E. Lawrence Wells died after being struck by a railcar near Blackwood railway station on 11th May 1938 and was buried at Mitcham Cemetery. 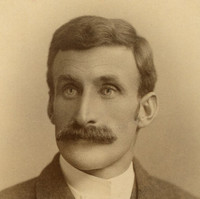 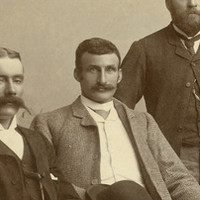