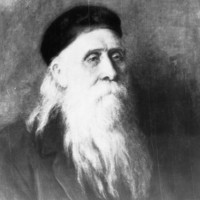 John Ridley was born on 26th May 1806 at West Boldon, Durham, England, the son of flourmiller John Ridley and his wife Mary. At the age of fifteen he took over the management of the mill, which his mother had run since his father’s early death, and he also became a Wesleyan Methodist preacher. In 1835 he married Mary Pybus, the daughter of a boarding school owner, and they were to have five children, though three died in infancy. In 1839 Ridley sold the mill and emigrated with his family to South Australia, arriving aboard the Warrior in April 1840. He settled in Hindmarsh and within a few months had built the colony’s first flour mill, using a steam engine he had brought with him from England.

Ridley was an avid reader and collector of books and he maintained at the mill a 300-volume library which he placed at the disposal of the public, free of charge. He was also a compulsive inventor and became involved in assisting the agricultural, horticultural and mining industries with various mechanical aids. By 1842 he had acquired 300 acres of land in three separate blocks, had begun share-farming ventures and was exporting flour to New Zealand. He was soon employing seventeen men --- seven in the mill and ten in his well-equipped workshop.

However, it was his timely invention of the world’s first successful mobile grain-harvesting machine that earned him the everlasting respect and gratitude of his fellow colonists. In August 1843 South Australia was faced with an emergency. A bumper crop was assured in the coming wheat harvest but the workforce was totally inadequate to handle it with sickle and scythe. It seemed inevitable that there would be enormous waste at a time when the economy was in dire distress. It was then that Ridley stepped in and devised his ingenious harvester, which both reaped and thrashed the grain. But he immediately went one step further. On the day following the successful trial of his machine, he lodged a caveat specifically phrased to allow his design to be copied but not patented. He did not take out a patent himself because he knew that he alone could not build sufficient machines to meet the urgent needs of the wheatgrowers.

The invention of the Ridley stripper had an enormous impact on the lives and morale of the pioneers. It revolutionized the wheat industry and triggered the rapid expansion of other industries, particularly flour milling and the manufacture of farm machinery. This in turn meant huge increases in the colony’s export marketing ventures, giving the struggling economy an enormous boost. By the mid-1850s South Australia had become known as the granary of Australia. It was the first place in the world to harvest grain directly from a standing crop --- a giant step forward.

Ridley was regarded as a remarkable man by his contemporaries and revered for his unselfish caveat decision. He was variously described as ‘unostentatious’, ‘a warm-hearted philanthropist’ and ‘a man of integrity and wisdom’. He was also regarded as ‘a true Christian’ but he came into conflict with the Wesleyan Church elders who considered his religious views to be ‘too liberal’.

In 1853 he returned with his family to England, where he resumed his lay preaching, and in 1861 was presented with a magnificent silver candelabrum, topped with a small golden replica of the stripper. It was made entirely from South Australian materials by a South Australian silversmith and paid for by public subscription. It is now on display in Urrbrae House at the Waite Institute.

John Ridley died in London on 25th November 1887. ‘So long as wheat farming is carried out in South Australia,’ said the editor of the Register in 1849, ‘Mr. Ridley’s name will never be forgotten, for he has established a monument to himself more enduring than any that can be raised in his memory.’ Nevertheless, his name is honoured by the Ridley Scholarship at the Roseworthy Agricultural College and the Ridley Gates at the Wayville Showgrounds, as well as in two streets, a reserve, a suburb and an electoral district. 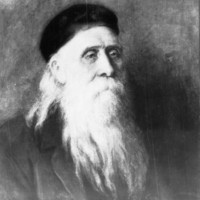 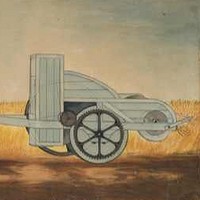 I have been working on geneology on the Ridley Family, and would like more information as I was wondering if he was also related to Mr. Dunlop who invented the rubber tire. Also James Edward Ridley or it could be Edward James Ridley, any other files on Mr. Ridley would be helpful and interesting even if no relation, Thanks

Hi Jean,
We don't have any of the original sources on file here, but you can see the author's references if you click the sources tab above, this will provide further background on John Ridley. We've not to date turned up any links to Dunlop nor Edward James. If you haven't already we'd recommend getting in touch with Genealogy SA for further assistance - https://www.genealogysa.org.au/

Jones, L.J., John Ridley’s contributions to Australian technology and to the early progress of South Australia (1979).