Harold Hill Ling was born in Sydney, New South Wales, on 27th September 1907, the son of auditor Harry Hill Ling and his wife Alma (née Café). Educated at Mosman Superior Public School and in Melbourne, he then moved to Adelaide and worked as a clerk and salesman for Goldsbrough Mort & Co. Ltd. On 2nd November 1929 he married Eileen Winifred Hill and they had three children.

The marriage made Ling a brother-in-law and neighbour of Lance Hill, who had begun building rotary clothes lines in his Glenunga backyard in 1945. On his return from service in the A.I.F. during World War II, Ling could not settle to his former work in real estate but saw great potential in the clothes hoist. The two men formed a partnership in 1946, with Ling responsible for the marketing and bookwork. A wind-up hoist had been patented in South Australia in 1925 but when the patent lapsed in 1946 Hill and Ling secured their own patents on a device which was to become an Australian icon.

While Lance Hill was an unassuming perfectionist, Harold Ling had the ambition, energy and personality to make the business flourish. In 1947 Hills Hoists moved from a Glenunga backyard to a factory, albeit in a rusty tin shed, in Fullarton. The following year a company, Hills Hoists Limited, was formed with Ling as Managing Director. Known among the staff as ‘the Chief’, he knew everyone and everything in the plant and cultivated an ethos of mateship and paternalism that lasted his whole life. A need for greater efficiency in manufacturing saw the scattered Adelaide plants consolidated in a former furniture factory in Edwardstown and by 1954 there were branches throughout Australia.

When test television transmissions began in Melbourne in 1956 in readiness for the Olympic Games, Ling realized that no home would be complete without a television set, just as no backyard was complete without a clothes hoist. Soon the company was on its way to becoming the nation’s largest maker of television antennas, and a television rental and repair service soon followed. The company now had a staff of 600 and the Edwardstown factory had its own tube mills, galvanizing works, plating plant, aluminium alloy foundry and plastics section. Harold Ling saw diversification as the way to growth, so production expanded to include wheelbarrows, playground equipment, tricycles, electronic accessories and household items such as ironing boards, preserving pans and folding chairs.

In 1958 a new holding company was formed, Hills Industries Limited, with Harold Ling as Chairman, and its first offshore manufacturing facility was established in New Zealand. Ling saw Britain as a huge potential market and a subsidiary company was formed there in 1959. British housewives, however, did not take to the Australian model, so a smaller, lighter hoist was designed, which could be folded up and taken indoors when not in use. Success followed.

Ling believed that people were the company’s biggest asset and treated his staff as a father would, with sweets in the top drawer of his desk in case children dropped by. He was the organizer and pianist for the annual staff socials and at an employee’s 21st birthday party he ‘played Rachmaninov on the piano like he was a Russian’. Staff profit-sharing was introduced and Ling established a non-contributory superannuation scheme.

He retired as Managing Director in 1965, to be succeeded bv his son Bob. Harold Ling remained Chairman of the Board but died on 12th December 1966 as the walls were going up for a new factory at O’Sullivan Beach. He left a group of companies with 1,400 employees, offices in every Australian capital, regional offices in four states and branches in Britain and New Zealand. He was buried at Centennial Park Cemetery and a memorial to him stands outside the O’Sullivan Beach plant. 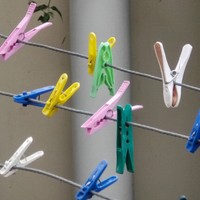