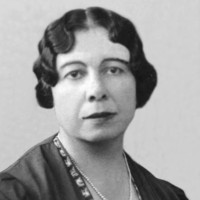 Gladys Elphick was born in Adelaide on the 27th August 1904, the daughter of William Williams and Gertrude Adams, and for the first thirty-five years of her life she lived at the Point Pearce Aboriginal Reserve of the Narannga people. Her first marriage was to Walter Hughes on 13th June 1922 and they had two sons, Tim and Alf. Tim served in the Second World War and was awarded the Military Medal; he also received an M.B.E. in 1970 for services to the Aboriginal community and was the Chairman of the South Australian Lands Trust. Alf served in the Korean War and later gained his captain’s ticket for ketches. In 1937 Walter Hughes died in Burra and Gladys was left a widow, responsible for raising two small children on her own.

In 1939 she moved to Adelaide and lived with her cousin Gladys O’Brien. She worked first as a domestic and later at the Islington Munitions Factory making shells. There she won her first award --- for making a shell with one tool instead of the usual two. After World War II she met her second husband, Fred Elphick, an ex-serviceman, and they set up house in Thebarton.

Although Gladys Elphick had very little schooling (only going as far as Grade 3), she became involved in Aboriginal affairs after moving to Adelaide. She was a member of the Aborigines Advancement League, later becoming a Vice-President of this and of the National Advancement League. As a member of the League’s activities committee in the early 1960s she helped to organize dances at Hindmarsh. The money raised went towards an annual Christmas function for Aboriginal children.

In 1965 a group of Aboriginal women came to her with the idea of forming an all-Aboriginal organization. The resulting Aboriginal Women’s Council became the first all-Aboriginal women’s committee in Australia. Those involved in the committee were Elphick, Faith Thomas, Maud Tongerie, Ruby Hammond, Sylvia Rankine, Natasha McNamara, Lois O’Donoghue, Rebecca Wilson and her daughters Leila Rankine and Veronica Brodie, and many others. They carried out a great deal of work for the Aboriginal community and in 1973 the Women’s Council changed its name to the Aboriginal Council of South Australia to allow men to join the organization.

In 1966 ‘Aunty Glad’, as she was known to everyone, became a member of the State Aboriginal Affairs Board. A spokesperson for the Department of Aboriginal Affairs described her as ‘a mother to her people . . . a person who has always worked for their welfare’. In the early 1970s Elphick and John Morley set up art classes for Aboriginal people at the Challa Gardens School, a programme that led to the establishment of the Aboriginal Community College, now called ‘Tauondi’, at Port Adelaide. In 1971, in recognition of her social work, Elphick received the M.B.E.

In 1973 the Aboriginal Community Centre was established in Wakefield Street, Adelaide, with Gladys Elphick as treasurer. It provided legal aid, housing, medical help and child care. In 1977, along with Maud Tongerie and Bert Clarke, she started the Aboriginal Medical Service with the help of her local doctor. She used an $800 fee, earned from speaking on radio, to fund an electro-cardiograph machine. In 1976 she was made a life member of the Centre for the work she had carried out for her people and in 1984, at the age of eighty, she was named the South Australian Aboriginal of the Year as part of National Aborigines Week.

Gladys Elphick died on 19th January 1988 and was buried at Centennial Park Cemetery. In 1995 a tribute was paid to her when the Adelaide University’s Aboriginal Programmes Unit was named ‘Wilto Yerlo’ (Sea Eagle) after Aunty Glad’s totem. 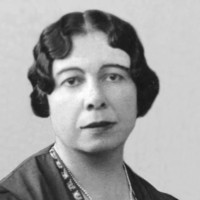