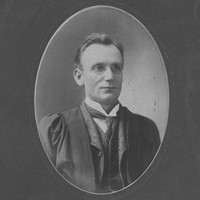 Established in Adelaide with Henderson's assistance
1923

Henderson takes his own life

George Cockburn Henderson (1870–1914), historian, son of a Newcastle coal-miner, was educated at Sydney’s Fort Street School. Entering the University of Sydney as a pupil teacher, Henderson’s outstanding academic record earned him a travelling scholarship to Balliol College, Oxford. There he participated fully in university life, developed principled commitments to educational and social reform, won the Brackenbury Scholarship in History but unexpectedly failed to gain a First Class degree. After temporary lecturing posts in Australia and England, Henderson succeeded Robert Langton Douglas as Professor of Modern History and English Language and Literature at the University of Adelaide in June 1902. His English wife did not accompany him and they were divorced in 1911.

Henderson figured prominently in South Australia’s cultural, educational and social life. His spell-binding university extension lectures on St Francis of Assisi, Oliver Cromwell, Wordsworth and Hamlet attracted capacity crowds to the Adelaide Town Hall, and were repeated in country centres and interstate. A regular speaker at meetings of the Adelaide Teachers’ Association, in 1906 he declined an invitation to head the state Education Department. Notwithstanding a punishing undergraduate teaching load of eight lectures a week, Henderson published in 1907 his substantial biography, Sir George Grey: Pioneer of Empire in Southern Lands. Commitment to the systematic, scientific study of Australian history and friendships with affluent fellow-members of the Adelaide Club and the board of the public library, museum and art gallery also enabled him to lay the foundations of an Adelaide-based school of historical research. Thus at Henderson’s urging the Royal Geographical Society acquired the extensive York Gate library as a resource ‘for good work on Imperial subjects’ (Kwan, p. 79), the Tinline scholarship was endowed to further original research on South Australian sources, and British authorities were persuaded to liberalise access to past government despatches between Adelaide and London. His advocacy was also largely responsible for the 1920 establishment in Adelaide of Australia’s first public archives.

In the following year Henderson’s responsibilities were reduced to those of professor of modern history alone, and his teaching burden further relieved by the appointment of an assistant lecturer. Nevertheless severe depression, exacerbated by a disastrous second marriage to the American historian Annie Heloise Abel following her 1921 research visit to Adelaide, forced his resignation in 1923. Returning to New South Wales, Henderson busied himself in research on Pacific history, but took his own life in 1944. The Henderson Room in the history department of Adelaide University preserves some memorabilia, including his library. 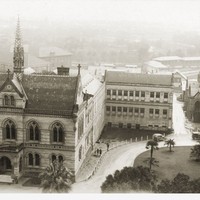 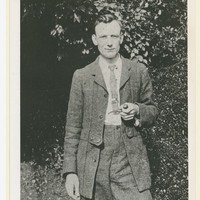 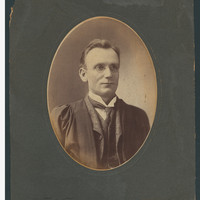 Worked at:
The University of Adelaide
Associated with:
Adelaide Town Hall