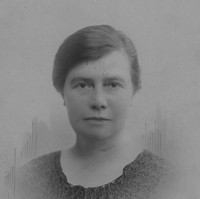 Davey received an Honours degree in Philosophy from the University of Adelaide.
1917

Davey recieved a Master of Arts degree from the University of Adelaide.
1921

As a scholarship holder, Davey studied psychology at the University of London and focussed on 'mental efficiency and deficiency', particularly in children.
1924

Davey received her Doctoral degree in psychology from the University of London.
1924

In this role, Davey was responsible for planning, establishing and supervising psychological services for South Australia's schoolchildren.
1925

Davey was instrumental in opening a special education class for twenty children at the Currie Street School. These classes offered training in woodwork, shoe repair, gardening and physical training for boys, and taught domestic arts for girls. Some of the students enrolled in the program were ultimately able to return to standard school classes.
1927 - 1950

Adjunct Lecturer at University of Adelaide

Davey was invited to provide evening lectures in psychology and logic at the University of Adelaide. In this capacity, she influenced the establishment and development of a university course to train social workers.
1942

As a member of the League of Women Voters, Davey planned and lobbied for the 1940 Act that granted mothers equal guardianship rights, and led two parliamentary delegations that advocated for inclusion of women on juries.
1945

Elected a Fellow of the British Psychological Society

Publishes book 'Children and their Law-makers'

Davey's book was the culmination of research conducted while a Senior Research Fellow at the University of Adelaide.
1963

Constance Davey was born on 4th December 1882 at Nuriootpa, South Australia, the daughter of bank-manager Stephen Henry Davey and his wife Emily Mary (née Roberts). She was educated at country schools but delayed further education because of an accident to her spine and hip which resulted in a permanent limp. Her remarkable strength, however, was in her mind. She began teaching in 1908 at a small private school in Port Adelaide and the following year taught secondary students at St. Peter’s Collegiate Girls’ School. Meanwhile, she studied part-time at the University of Adelaide, gaining an Honours B.A. in Philosophy in 1915 and an M.A. two years later. In 1921 she won the Catherine Helen Spence Scholarship and studied psychology at the University of London, concentrating on ‘mental efficiency and deficiency’, especially in children. She received a doctorate in 1924 and began observing pioneer work with disturbed children in Leicester and the teaching of intellectually retarded and delinquent children in the United States and Canada.

In November 1924 she was appointed the first psychologist in the South Australian Education Department, with the daunting task of planning, establishing and supervising psychological services for the state’s schoolchildren. Her brief was to examine ‘backward, retarded and problem’ children, to organize special classes and schools for ‘subnormal and backward’ children, to lecture to teachers and students at the Teachers College and give educational guidance to parents and teachers. In addition, she was to assist, when required, the State Children’s Council, the Children’s Court, Minda Home and the Blind, Deaf and Dumb School. Children from the country were sent to her for examination. She had to travel a good deal and, as her disability hampered her in trams and trains, she bought a little green Austin car which served her well.

In 1935 Dr. Davey reported that she had examined and re-examined more than 700 children from all over South Australia. Truancy, for which she recommended procedures and treatment, was an increasing problem and demands for help with behavioural problems were becoming more insistent. In 1936 a teacher-assistant was appointed to supervise and assist in educational aspects of the work and eventually in 1940 an assistant psychologist was appointed.

For ‘Consie’ Davey there was other work too. In 1927 she was invited to give evening lectures in psychology and logic at the University of Adelaide and she continued these until 1950. She also helped to establish a University course for training social workers. As a member of the League of Women Voters, which kept a watching brief on the interests of women and children, Davey worked untiringly for social justice. She participated in protracted planning and public lobbying for the ground-breaking 1940 Act granting mothers guardianship rights equal to those of fathers. She was president of the League from 1943 to 1947 and led two parliamentary delegations advocating women on juries.

She resigned from the Education Department in 1942, was elected a fellow of the British Psychological Society in 1950 and was appointed O.B.E. in 1955. From 1945, as a senior research fellow of the University, she made a detailed historical study of state laws relating to children, and the result, Children and their Law-makers, was published in 1956.

Constance Davey died on 4th December 1963 and was cremated. A room in the University of Adelaide’s psychology department has been named in her honour. 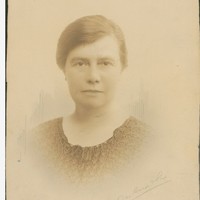 Image courtesy of the State Library of South Australia, SLSA: B 11227, Public Domain 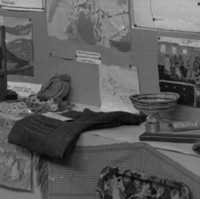 Davey, C.M., Children and their law-makers: A social-historical survey of the growth and development from 1836 to 1950 of South Australian laws relating to children (Adelaide, 1956).