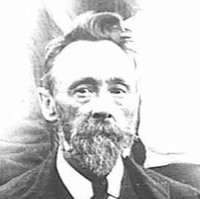 Amos William Howard was born on 31st May 1848 at Silk Mills, Watford, Hertfordshire, England, the son of gardener William Howard and his wife Ann (née Hester). On 23rd July 1871 he married Eliza Rowe and in 1876 emigrated to South Australia, establishing a plant nursery at Blakiston in the Adelaide hills. He was appointed clerk of the local district council and shortly afterwards was elected onto the council, holding his position for ten years.

In 1889, while inspecting nearby land for prospective purchase, he noted a kind of clover later identified as subterranean, Trifolium subterraneum, which was found to improve pastures and upgrade soil fertility. It is thought that the species was inadvertently introduced to Australia long before this from Britain or Europe, and was known in the Mount Barker district from about 1880. Victorian Colonial Botanist Baron von Mueller recorded the plant as naturalized in Victoria by 1887 and in 1896 New South Wales Colonial Botanist John Maiden, when surveying the Riverina, said: ‘I know nothing against its character, except a certain aggressiveness. . . . It is not an introduction which need render us uncomfortable.’ Howard managed to harvest the clover seed, which was a difficult task as the seed is either buried or lies on the surface of the soil.

Howard first promoted his discovery in February 1906 in the Advertiser as follows: ‘In the Mount Barker district we have a weed which I believe will go far to solve the problem of introducing nitrogen into the soil. This plant is an annual, one of the trifoil family. It first made its appearance in a grass paddock at Blakiston some twelve or more years ago, and now may be seen in most of the grazing paddocks in the district. . . .

‘It is an annual, easily grown and easily destroyed. Its roots are laden with the nitrogen-producing residues to a greater degree than any other plant of this family. It is eaten ravenously by stock both in the green and the dry state; cattle, eating the dry branches after the seed is ripe, quickly spread it wherever they go. The seed is sown naturally on the surface, and appears to require no covering, as soon after the early autumn rains we find the plants established and racing away from all other herbage. Where it grows heavily it is cut for hay, and is equal to lucerne or clover for fattening purposes either for sheep or cattle. One of its most valuable characteristics is that it will grow and reproduce itself in any soil and situation without human aid.’

Howard overcame the technical problems of how to gather and spread the seed, and in the following years campaigned vigorously to heighten awareness of the species. He was an enthusiastic writer to the Advertiser, extolling the virtues of the clover as a pasture improver. In January 1907 he sold 30 lbs. of it to Adelaide nurserymen E. & W. Hackett and it was soon being distributed in commercial quantities. By 1909 Howard was selling up to a ton of seed per year. In 1923 his son Cecil imported a clover huller from the United States and this enabled the annual seed production to be raised to eight tons. In 1930 it was claimed that the clover seed was responsible for about £50,000 coming into the Mount Barker District. Within half a century of Howard’s first promotion of subterranean clover, 20 million acres in southern Australia had been sown with it. It was especially valued for its nitrogen-fixing qualities, which vastly improved soil fertility.

Amos Howard died on 2nd March 1930 and was buried at the Blakiston cemetery.  A memorial to his work was erected in 1963 on the Mount Barker Road, close to the site of his original observations, and in 1967 the Australian Institute of Agricultural Science honoured him with the establishment of the Howard Memorial Research Fellowship. Two of the subterranean clover cultivars are named ‘Howard’ and ‘Mount Barker’. 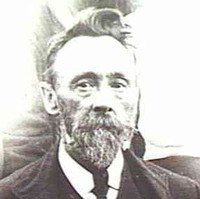 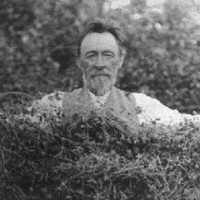