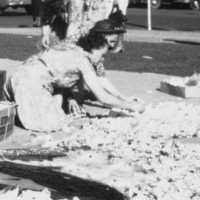 Joins Adelaide Festival of the Arts

The first Flower Day was held in April 1938, and captured the city’s imagination. The opinion of Lady Dugan, wife of the governor, that ‘It really was a brilliant display’was widely shared. For the next 37 years Adelaidians showed pride in their city by beautifying it with mass displays of flowers. The War Memorial and the lawns around Government House and Victoria Square were favoured sites for the event.

Each year a National Flower Day Committee of volunteers organised the displays. They hoped that it would promote Adelaide both within Australia and the British Empire and that it would germinate in Adelaidians a desire to beautify their own suburban streets. Women gave freely of their time and households donated flowers through their children’s schools.

Displays featuring the Union Jack and the use of flowers that were predominantly English or European suggest that Flower Day reflected South Australia’s British heritage. And yet, an incipient nationalism was evident as early as the first Flower Day in 1938 with the use of the rising sun in floral displays. The rising sun was by then a popular image that symbolised Australia’s nationhood, wartime heritage, youth, opportunity and integrity.

From 1960 Flower Day was held in conjunction with the Festival of Arts, with which it struggled to compete. The Advertiser waxed lyrical about the displays that year: ‘The balmy air in the warm, windless streets and gardens was laden with the perfume of millions of the finest blooms ever massed in a single display’.

The last Flower Day was held in 1975. At the time, National Flower Day Committee Chairman, P.F. Pollnitz, questioned whether Adelaidians had ‘…grown away from a community function like Flower Day’. 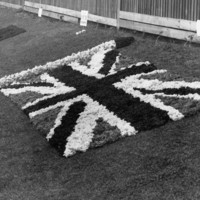 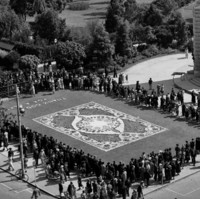 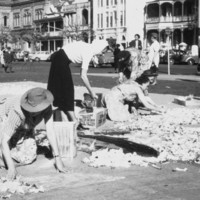 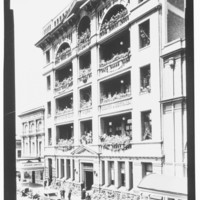 Federation and Meteorology: A Climate for a Nation; http://www.austehc.unimelb.edu.au/fam/0002.html