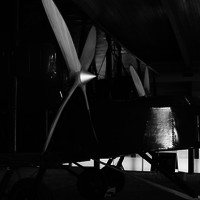 The biplane was designed to bomb German cities in retaliation for raids on Britain, but she came too late for active service in WWI. With a 68ft (22m) wingspan, she had a fuselage that looked like a long, thin coffin.

When the Smith crew first sighted her at the Vickers aviation factory in Weybridge, England, mechanic Wally Shiers noted to his fellow mechanic Jim Bennett: “My God Benny, fancy trying to fly this to Australia ... she’d never last half the journey.” The crew also joked that the Vimy’s registration letters G-EAOU stood for “God ’Elp All Of Us”.

Powered by twin 360-horsepower Rolls-Royce Eagle Mark VIII engines, the Vimy was largely made of spruce pine covered by Irish linen. Twenty-five women workers were in charge of the fabric covering, sewing huge sleeves for the wings which were then stitched together with 10,000 knots. Water was used to shrink the fabric over the wooden skeleton before the plane was covered in multiple layers of dope – a kind of lacquer that was so toxic the women were ordered to drink lemonade to stop them from fainting.

Despite the crew’s trepidation, the Vimy proved her worth, guiding the crew safely home in 27 days and 20 hours (beating the 30-day time limit by 52 hours). Ross Smith would later recount looking at her after she’d delivered them home: “Not once, from the time we took our departure from Hounslow, had she ever been under shelter. And now, as I looked over her, aglow with pride, the Vimy loomed up as the zenith of man’s inventive and constructional genius.”

Today, only two original Vimys remain in the world – Alcock and Brown’s Vimy at the British Science Museum (where it was installed immediately after the famous Atlantic crossing in June 1919) and the Smith crew’s Vimy at Adelaide Airport. Smithsonian Air and Space Museum curator Alex Spencer believes Ross Smith’s Vimy should be as iconic to Australia as Charles Lindbergh’s Spirit of St Louis is to the United States. 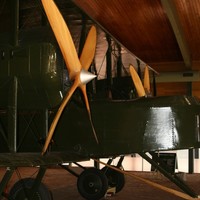 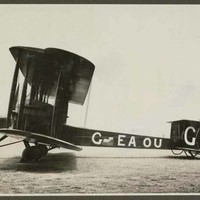 Price, A. Grenfell, The Skies Remember, Angus and Robertson (1969)