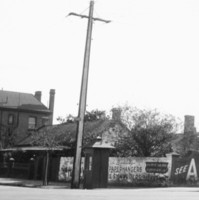 Stobie’s design, consisting of two perpendicular lengths of steel-channel section held apart by bolts, the intervening space filled with concrete which protects the steel from corrosion and gives the whole structure its unforgiving near-indestructibility, was patented in 1924.

Unique to and ubiquitous throughout South Australia, the ugliness of stobie poles is periodically denounced, as also the mortal damage which they can and do inflict on the occupants of any vehicle unlucky enough to strike one at speed. An engineering solution to the state’s lack of tall, termite-resistant hardwood for poles to carry power lines and telephone wires, the pole was designed by James Cyril Stobie, who joined the Adelaide Electric Supply Company in 1916 at the age of 21 years. After obtaining an engineering degree from the University of Adelaide, Stobie went on to become chairman of the South Australian division of the Institute of Engineers, and manager for engineering research in the Electricity Trust of South Australia.

Stobie’s design, patented in 1924, consists of two perpendicular lengths of steel-channel section held apart by bolts, the intervening space filled with concrete which protects the steel from corrosion and gives the whole structure its unforgiving near-indestructibility. Climbing plants, typically geraniums, are frequently trained up stobie poles in an attempt to offset their unsightliness, while in the suburb of Prospect and elsewhere they have been decorated both by professional artists and community groups. Yet despite its lack of beauty and toll on life, the cost of undergrounding power supplies and institutional inertia is likely to keep the stobie pole part of South Australia’s land-and townscape for the indefinite future. 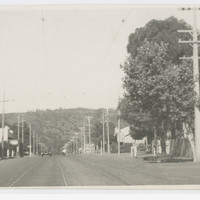 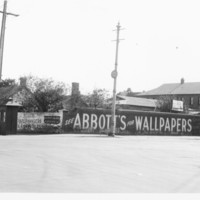 Image courtesy of the State Library of South Australia, SLSA: B 7509, Public Domain.