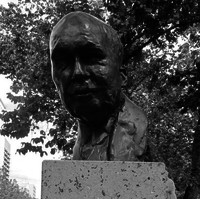 The bronze bust of Sir William Lawrence Bragg (known as Lawrence) commemorates an outstanding South Australian scientist. He was born in Adelaide on 31 March 1890 and was educated at various schools before being admitted to the University of Adelaide at 15 years of age. After obtaining a first-class honours degree in mathematics in 1908, Bragg went to the United Kingdom with his scientist father William (later Sir William) Henry Bragg. He was admitted to Trinity College, Cambridge and graduated from the natural science tripos with first-class honours in physics in 1912. In 1914 Lawrence Bragg was appointed as a fellow and lecturer at Trinity College, Cambridge.

Lawrence worked with his father on the analysis of crystal structures by means of X-rays between 1912 and 1914, work that led both men to receive the Nobel Prize for Physics in 1915. At the time Lawrence Bragg was the youngest recipient of the Nobel Prize. He continued to lead a distinguished career in science, including the presidency of the Royal Society of London from 1935 to 1940. He died on 1 July 1971 at Ipswich, England.

The bust and its sculptor

The bust of Sir Lawrence Bragg was erected in the Prince Henry Gardens on North Terrace, Adelaide to commemorate the centenary of Lawrence Bragg’s explanation of X-ray diffraction. It was donated to the City of Adelaide by his daughters, Margaret Heath and Patience Thomson, the University of Adelaide, the Royal Institution of Australia (RiAus) and friends. The bust was unveiled by his granddaughter Claire Heath on 7 December 2012. Speakers at the unveiling ceremony included Patience Thomson, Dr Paul Willis (the director of RiAus) and John Jenkin, the author of a biography of William and Lawrence Bragg. Other members of the Bragg family were in attendance.

The original bronze bust was created by the London sculptor John W Mills before Bragg died. Sir Lawrence posed for Mills and agreed that the bust should be an edition of six. One bust in the series is in the Royal Institution of Great Britain, London; another is in the Cavendish Laboratory, University of Cambridge; and a third is with the Bragg family. Two more busts were cast in 2007 to enhance links between Adelaide and the Royal Institution of Great Britain and to promote the scientific achievement of the Braggs within South Australia. They are located in the School of Chemistry and Physics at the University of Adelaide and in one of the schools that Lawrence attended, St Peter’s College in Adelaide. The sixth bust is the one on North Terrace. 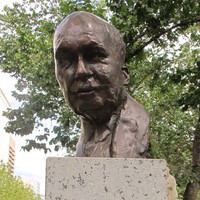 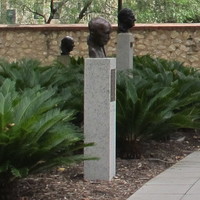 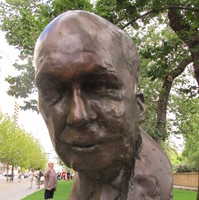 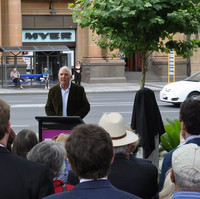 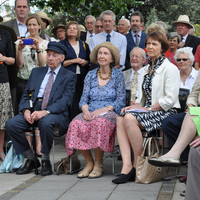 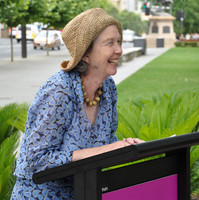 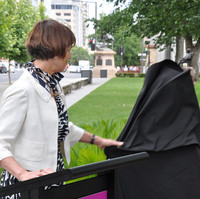 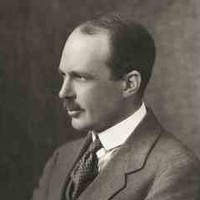