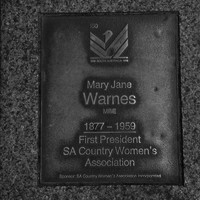 Deeply affected by the isolation and loneliness of her early married life, Mary Jane Warnes strived to improve conditions for her fellow countrywomen by founding the South Australian Country Women’s Association. 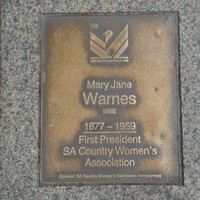