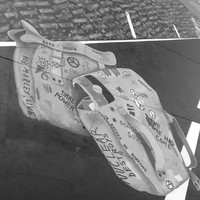 Artists Carol Ruff of Sydney and Barbary O'Brien of Middleton, South Australia created the initial work in 1984. It depicted an old man watching a child on a bicycle to represent the link between older and younger generations. In 1998, Adelaide City Council and Rundle Street Traders commissioned artist and DJ Driller Jet Armstrong to manage and paint over the mural while complementing the original work.

Armstrong recruited local artists David Bromley (now of Byron Bay, New South Wales), Brettski, Andrew Parish (now of Cape Jervis, South Australia), Andrew Petrusevics, and Barbary O'Brien herself. The rejuvenated mural builds on the previous theme-connections between adolescence and elderly age-by exploring the child's experience of growing up in an environment full of possibility. Futuristic details like the alien and the girl in a spacecraft, a train on Saturn's outer rings and a flying figure of a male head on a bicycle, enhance this concept and add a surreal element to the message. Armstrong and his collaborators thus built on Ruff and O'Brien's 1984 theme of connections between generations by adding commentary on the wonderment of childhood and plethora of possibility in imagination. 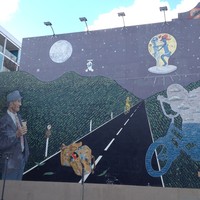 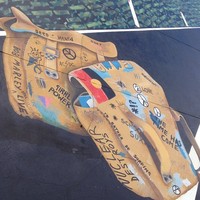