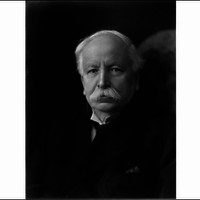 By the 1915 wealth census, the distribution of wealth in South Australia ranked in the middle of the other states. The principal reason was the land regulation that had blunted the worst excesses of squatting and land speculation while enabling the emergence of a relatively stable farming community.

In South Australia, the prime key to wealth has been land. From its inception as a European colony, ownership (or control) of land meant access to agricultural and mineral resources. For the Aboriginal peoples, dispossession meant devastation.

Wealth and the Adelaide Gentry

Many of the family names associated with early South Australia, such as Angas, Ayers, Elder, Barr Smith, Bagot, Murray and Hawker, were closely linked to agricultural wealth. As the colony developed, however, other wealth-making opportunities emerged. In addition, importing, brewing, finance, newspapers and trade has generated wealth for families such as the Thomases, Coopers, Downers, Bonythons and Haywards.

A distinguishing characteristic of South Australian society well into the twentieth century was the importance of such families. While the colony’s founders may have been ‘ambitious middle-class townsmen [they] wanted to be the Gentry of the province’ (Pike 1957, p. 145). Some achieved this, using their wealth and social affectations to demonstrate their status. Certainly the thousands of people who passed through the city’s Destitute Asylum in the nineteenth century would have agreed that the rich were different.

The Wealth Gap in South Australia Compared to other States

However, by the late 1890s the Commonwealth statistician felt able to declare ‘in South Australia is found the widest diffusion of the individual colonies’ (Coghlan 1896, p. 322). By the 1915 wealth census, the distribution of wealth in South Australia ranked in the middle of the other states. The principal reason was the land regulation that had blunted the worst excesses of squatting and land speculation while enabling the emergence of a relatively stable farming community.

Across Australia, the evidence suggests personal wealth distribution became more equal between 1915 and the 1960s, a trend that appears to have been reversed since the 1980s. Post-World War II immigration, increased competition and further internationalisation of the economy eroded much of the privileged position of South Australia’s elite. Nonetheless, while the factors and families associated with wealth have increased in diversity in the last years of the twentieth century, echoes of earlier times remain. The wealth of the Maclachlan, Roche, Champion de Crespigny, Michell and Kidman families, for example, is still linked to primary resources. In other cases, such as the Scott family (transport and media) and the Lamb family (media and investment), newer opportunities have been exploited. For the vast majority, however, their wealth is their home and the fruit of their personal exertion. 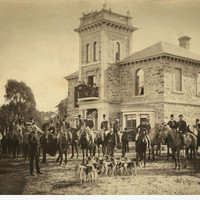 Coghlan, T A, A Statistical Account of the Seven Colonies of Australasia 1895–6 (Sydney: Government Printer, 1896)