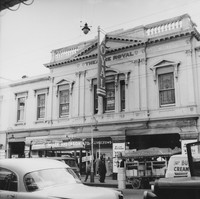 South Australia’s theatrical beginnings were commercial and entrepreneurial: trade as much as art drove public houses and performance together.

Three phases of development in the state’s theatre between 1838 and 1916 have been discerned: local, 1838–50; commercial pioneering, 1851–80; and commercial entrepreneurial, 1881–1916. The 1916–50 period of war, depression and reconstruction saw the rise of amateur and semi-professional repertory theatre and the heyday of vaudeville and variety. The 1950s and 1960s yielded the first attempt at semi-professional art theatre at the University of Adelaide, vigorous studio and independent theatre activity, and the advent of the Adelaide Festival of Arts and its sometimes controversial influence on arts mobilisation and theatre practice. The 1970s and 1980s saw reformist, government-supported theatre challenge conservative values. The 1990s again saw a shift to commercial values and venues after two periods of theatre building and refurbishing in city, suburban and country centres. In this respect the end of the twentieth century resembled the end of the nineteenth, with the notable difference that recent activity is a sign of state-driven cultural achievement, competitiveness and identity formation.

These large patterns mask achievements in grassroots and institutionalised theatre performance, company development, civic celebration, entrepreneurship, writing, design and theatre education and training. South Australia boasts larger-than-life performers such as George Coppin, Robert Helpmann and Robyn Archer whose theatrical skills and talents have shaped the idea of the arts in the state and beyond. Small-scale art, experimental, multicultural and women’s companies have also made their mark. Ab Intra and Adelaide Theatre Group, Troupe, Doppio Parallelo, Vitalstatistix and Brink have, in succession, enlivened theatre practice from the 1930s to the present. Flagship companies have mainstreamed theatre from the 1950s to the mid 1990s, from early professionalisation at Union Hall at the University of Adelaide and the establishment of the subsidised, eclectic South Australian Theatre Company to the creation of the Lighthouse Ensemble and an attempt to sustain an Australian Playhouse. Patronage has drawn interstate and international talent to South Australia. Some see this as disadvantageous to local theatre artists, and collaborations between sectors have been mooted and attempted at the end of the decade. So-called ‘second tier’ youth and community theatres such as Magpie, Junction, Mainstreet, Riverland Youth, Patch, Splash, Mad Love and Unley Youth have consistently employed local performers on limited budgets.

The vigour and quality of the spectrum of theatre is now tested most obviously in the Arts, Fringe, Comeout, Cabaret and community festivals that occupy regional centres and Adelaide city-as-theatre space from Playhouse to Bakehouse, from west end to east end, from the parklands to civic reserves.

The state’s contribution to playwriting has been in its support for celebrated Australian and international artists on the one hand and its production of local ensemble-created material on the other. Designers have given South Australia a reputation for conceptual and spatial innovation in theatres and found spaces, and the Festival Centre Trust is a major producer of large-scale travelling musical performances. Since the 1960s much vigour in South Australian theatre has come from graduates of local university and TAFE training institutions, now arranged under the umbrella of the Helpmann Academy.

Commentators have argued that in a globalising and networked cultural economy the high, popular and hybrid artscape is more accessible beyond old borders than ever before and that South Australia, through its ritual experience of acting out its presence to itself and the world, was never better placed for recognition. Artists continue to remain less well placed in relation to financial reward. 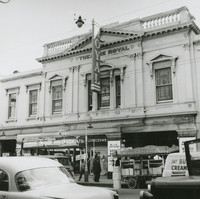 Image courtesy of the State Library of South Australia, SLSA: B 14520, Public Domain 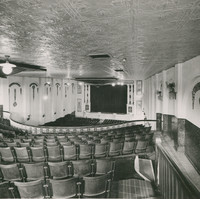 Image courtesy of the State Library of South Australia, SLSA: B 13020, Public Domain 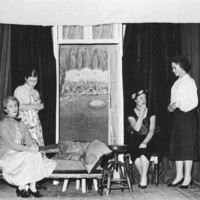 Image courtesy of the State Library of South Australia, SLSA: B 54875, Public Domain

McCredie, A, From Colonel Light into the Footlights: the performing arts in South Australia from 1836 to the present (Adelaide: Pagel Books, 1988)