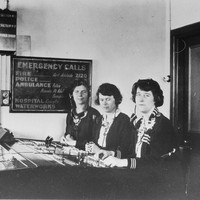 Alexander Graham Bell patents his telephone in the United States
1881

The Telephone Act is created

Rise in popularity of the mobile phone

Like all Australian colonies apart from Victoria, South Australia was comparatively slow to respond to the communications revolution represented by the telegraph. The advent of the telephone, however, saw the pace of change and acceptance markedly quicken. On 18 November 1881 the Telephone Act launched South Australia into a new age of person-to-person communication with the princely allocation of £3000. Like the telegraph, the telephone service was to be a commercially driven government monopoly.

Soon after Alexander Graham Bell had patented his telephone in 1876 in the United States, a local experimenter, Alexander Dobbie, established a market for his own version, and a number of private lines began operating, especially between Port Adelaide warehouses and city offices. Demonstrations and tests whetted the public appetite, with distances between callers, who were connected via existing telegraph lines, rapidly increasing. An audience in Adelaide was captivated by a vocalist in Kapunda in the Mid North, and another in Willunga, to the city’s south.

By the end of 1880 the Post and Telegraph Department had provided a city telephone network linking Adelaide’s police, fire brigade, government offices, parliament and Government House. The Adelaide Central Telephone Exchange, crammed into a corner of the General Post Office (GPO), opened for business with 27 subscribers on 14 May 1883. Within three years some 700 subscribers had signed up. By August 1894 demand for the new service, largely driven by business, government and professional users, required a new multiple switchboard with much-increased capacity.

Households were slower to embrace the new technology, with a mere 60 domestic subscribers in 1895. The first public ‘pay-at-the-counter’ telephone was provided at the GPO in 1882, others soon following at city and suburban telegraph and post offices. Two months after Federation, on 1 March 1901, the various state post and telegraph departments were joined in the Commonwealth Postmaster-General’s Department (PMG).

Women rapidly usurped male operators, becoming essential to the spread and maintenance of the telephone network. While the installation of the first fully automatic suburban exchanges in 1926 was a portent of things to come, the central city exchange remained open until 1955. From the late 1880s trunklines had helped country people overcome the tyranny of distance. In the last decades of the twentieth century new systems replaced the open wire circuits as consumer demand outstripped their carrying capacity. Coaxial cables, microwave radio transmitters and optical fibre cables allowed callers to dial long distance direct.

Intercontinental calls via satellite began in 1973, and by 1978 the now ubiquitous mobile phone had its small beginnings as the Public Mobile Radio Telephone system, with about 60–100 customers in Adelaide. Facilities initially had only one or two radio channels available, but in 1987 the cellular phone began its rapid rise in popularity. Coin-in-the-slot public telephones, introduced in Adelaide in 1926, were later followed by the two-button multi-coin model, and in May 1990 plastic phonecards were officially released in Australia.

Even Charles Todd, who had predicted that telephone usage would become widespread and benefit the public, could not have foreseen its present importance. It has helped break down physical and psychological isolation, and with the modem now providing access to the world wide web, the telephone line has become indispensable. 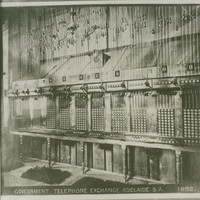 Image courtesy of the State Library of South Australia, SLSA: B 9373, Public Domain 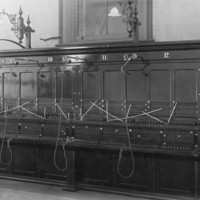 Image courtesy of the State Library of South Australia, SLSA: B 7601, Public Domain 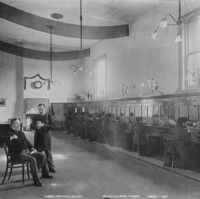 Image courtesy of the State Library of South Australia, SLSA: B 7600, Public Domain 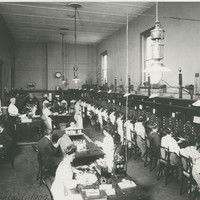 Image courtesy of the State Library of South Australia, SLSA: B 11699, Public Domain 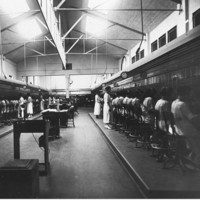 Image courtesy of the State Library of South Australia, SLSA: B 60141, Public Domain 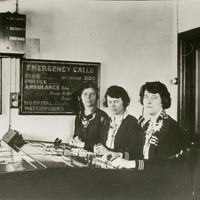 Image courtesy of the State Library of South Australia, SLSA: B 52728, Public Domain

Is there any public record of what exchanges (and their letter codes) would have been in use through the 30s, 40s and 50s?