Beginning in Adelaide on 21 September 1920, Sir Arthur Conan Doyle hosts a series of lectures on spiritualism in Australia & New Zealand.

Spiritualism began as a nineteenth-century radical cause and survives to the present as a spiritual option. Positing contact with ‘the unseen world’ as an assurance of immortality, it envisaged a church-free world and social harmony. In the twentieth century it assumed the status of a minor Christian denomination.

The history of spiritualism in South Australia has yet to be written. Press sources suggest that séances were held among the well-to-do in the 1870s. LE Harcus of Gawler was an early advocate (1879). The 1880s brought mediums, mainly from Melbourne, while the newly arrived musician Christian Reimers stimulated interest until exposed in 1884 by a conjurer, who joined Reimers’s circle and showed how supposed spirit ‘rappings’ could be faked.

The Adelaide Spiritualistic Society (founded 1883) became an association in 1888 (Edward Opie, president). Possibly due to a split, the Adelaide Psychological Society and Adelaide Spiritual Church formed in 1893. A branch of the Society for Psychical Research was also established.

Visiting lecturer Sir Arthur Conan Doyle attracted large audiences in 1920, including a lame stockman from beyond Streaky Bay on Eyre Peninsula. However, war-related interest benefited the women-led spiritualist churches of pre-war origin. In 1912 the ‘trance lecturer’ Mrs Amy Rhodes launched the Order of Light, while from 1914 a Christian Spiritual Church was established under Sister, later Reverend, Lily Lingwood-Smith, which survived until about 1940. Likewise, Mrs, later Reverend, Jeanne Duncan and Mrs Janet Watson, leading ‘spiritual scientists’ in 1914 and supporters of the Spiritual Society of St John (founded 1915), prepared the ground for St John’s Spiritualist Church, Victoria Square (1919), and laid the foundation stone of today’s modest structure in Carrington Street (31 May 1924). St Johns, Port Adelaide, also began in the 1920s.

‘New Age’ spirituality has had limited impact on South Australian spiritualism. Stalwarts have maintained St John’s, and new churches have appeared, for example at Elizabeth, but press notices have changed little in fifty years. What began as a challenge to orthodoxy has become ‘a way of life’ for its few adherents, and healing is the main hope.

This entry was first published in The Wakefield companion to South Australian history edited by Wilfrid Prest, Kerrie Round and Carol Fort (Adelaide: Wakefield Press, 2001). Edited lightly. Uploaded 15 May 2015. 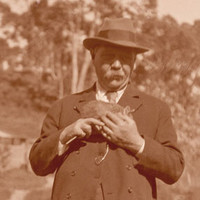 Doyle, AC, The Wanderings of a Spiritualist (London: Hodder and Stoughton, 1921)