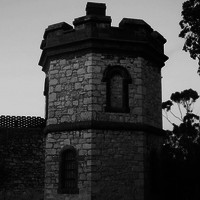 Adelaide Gaol was designed by George Strickland Kingston on the banks of the River Torrens.
1852

Yatala Gaol was established at the site of a large commercial quarry; hard labor and severe discipline were its main features.
1923

A minimum security farm prison established in the South East between Mount Gambier and Wolseley.
1960

The open Cadell prison was established on the River Murray near Morgan.
1969

The Adelaide’s Women’s Prison is located in suburban Northfield.
1988

Adelaide Gaol was the second oldest public building in the state.

Although South Australia was proclaimed a free settlement, colonial officials soon found they needed a gaol to house lawbreakers. As no provision had been made for one, until June 1837 the governor’s ship, the Buffalo, became the colony’s first prison. While locals blamed crime on felons arriving from the eastern colonies, the reality was that harsh conditions and scarcity of necessities resulted in a rise in excessive drinking and its associated problems.

A small temporary wooden gaol capable of accommodating about eight prisoners soon became overcrowded. A grand jury recommended a more permanent structure, and Adelaide Gaol, designed by George Strickland Kingston, was opened in 1841 on the banks of the River Torrens in the west parklands. This imposing structure with two towers accommodated debtors and felons both male and female. Its costly construction of Adelaide limestone quarried from the parklands and bricks made on site contributed to the bankruptcy of the colony and recall of the second governor, George Gawler.

Until major additions in 1850, when a section was set aside for women, prisoners were confined between the inner and outer walls and locked up at night in a communal ward. As Adelaide Gaol was merely a place of retention not of correction, prisoners whose sentences were longer than seven years were transported to other colonies.

After the Imperial government abolished such transportation in 1852, Yatala Gaol was established at the site of a large commercial quarry; hard labor and severe discipline were its main features. Unlike the communal ward system at Adelaide Gaol, the ‘separate system’ of single cells for prisoners was introduced.

With the spread of population, smaller gaols were built at Robe and Mount Gambier in the South East, Gladstone (1881–1975) and Burra in the Mid North, Port Lincoln on Eyre Peninsula and Wallaroo on Yorke Peninsula. The Police Prisons Act (1905) allowed for sentences of no more than one month to be served at the rural police stations of Fowlers Bay, Kingscote, Renmark, Streaky Bay and Tarcoola.

The conservative prison administration of South Australia lagged behind the other colonies. Although minimum security farm prisons were investigated at the end of the nineteenth century, Kyeema Prison Camp, in the Bangham Forest in the South East between Mount Gambier and Wolseley, was not established until 1923. It was replaced by the open Cadell prison on the River Murray near Morgan in May 1960. Women were accommodated at the Adelaide Gaol and in gaols around the state until a women’s prison was opened at Northfield on 14 December 1969.

The prisons operating in 2001 were Yatala, Mobilong and Port Augusta, the prison farm at Port Lincoln, the Cadell Training Centre, and Adelaide’s Women’s Prison at suburban Northfield. The newest, Mount Gambier Prison, is the first to be privately managed. Adelaide Gaol, the second oldest public building in the state, closed in February 1988 and is now a tourist attraction, as are other closed country gaols.

Currently, slightly less than 5000 people annually pass through the prison system while a further 20,000 are supervised by 16 community corrections centres. 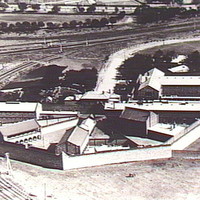 Image courtesy of the State Library of South Australia, SLSA: B 46172, Public Domain 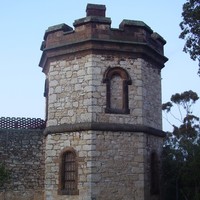 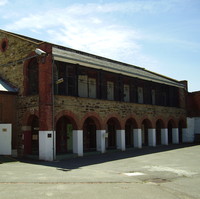 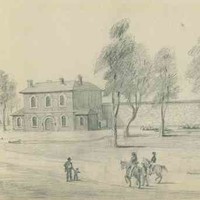 Image courtesy of the State Library of South Australia, SLSA: B 2434/37, Public Domain. 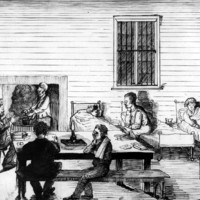 Image courtesy of the State Library of South Australia, SLSA: B 21925, Public Domain 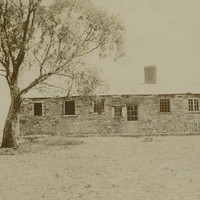 Image courtesy of the State Library of South Australia, SLSA: B 9288, Public Domain 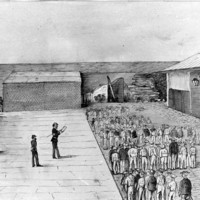 Image courtesy of the State Library of South Australia, SLSA: B 21925/5, Public Domain 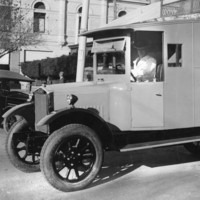 Image courtesy of the State Library of South Australia, SLSA: B 4749, Public Domain

Hi Margaret,
unfortunately we don't hold any of that sort of information. The best place to start looking is probably State Records of South Australia: https://www.archives.sa.gov.au/ - best of luck with your research!

Hi there, I am researching my husband's great great grandfather, Andrew Leonard. He was listed as being insolvent in the Adelaide Observer in 1856 and was possibly sent to the debtors' prison. He was Irish and was a labourer from Currie Street, Adelaide. Are you able to help me with anymore information about him and where he would have been sent to prison? Any information would be very gratefully received. Thanking you,
Margaret Speer

Kerr, JS, Design for Convicts: an account of design for convict establishments in the Australian colonies during the transportation era (Sydney: Library of Australian History in association with the National Trust of Australia (N.S.W.) and the Australian Society for Historical Archaeology, 1984)