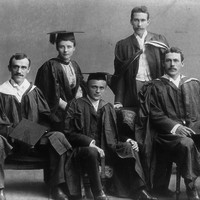 School of Mines and Industries

The School of Mines and Industries becomes the South Australian Institute of Technology.
1966

The idea of ‘higher education’ is relatively new. We now speak of primary, secondary and tertiary, or higher, education which envisages a clear progression linked, at least in theory, to academic merit. Until the mid nineteenth century a different understanding prevailed. In Britain children of the poor attained some sketchy learning in church or dame schools, possibly enhanced by local institutes and lending libraries. The middle classes attended grammar or private boarding schools, whose curricula was gender specific. For the rich the gendered pattern was sharper: boys might attend preparatory and private schools and proceed to either Oxford or Cambridge University. Girls were likely to be educated by governesses at home. Scottish universities provided a more utilitarian university model.

The mid to late nineteenth century saw the foundation of provincial British universities, which placed less emphasis on the study of Greek and Latin and more on modern languages, mathematics and science. Education Acts introduced elementary schooling for all, necessitating well-trained teachers. This was the context in which the University of Adelaide was established in 1874. The Act of Incorporation for the university stipulated that it be open to all classes and denominations. The University Association that had promoted the founding of a South Australian university envisaged that it should teach more than the classics – political economy, modern languages, natural science, natural history and even agricultural chemistry and mining technology. Newspapers also suggested chairs of engineering and practical mechanics.

The University of Adelaide: the first in the field

That original radical impulse did not prevail. Walter Watson Hughes, the major benefactor, wanted his money spent on two traditional chairs – classical and comparative philosophy and literature, and English language and literature and mental and moral philosophy. Other intended innovations written into the original charter but denied by the colonial secretary in London were the powers to confer degrees on women and to confer the degrees of Bachelor and Master of Science. These were finally allowed in 1880 after strong representations from Adelaide. But some of the potential for a radical approach to higher education was subverted through the University of Adelaide educating the sons and daughters of the middle and upper classes, with the Teachers Training College (1876), Roseworthy Agricultural College (1883) and the School of Mines and Industries (1889) providing vocational education. South Australia’s Public Library, Art Gallery and Museum, and bodies such as the Royal Geographical Society and the Zoological Society were also significant sites of learning.

The many amalgamations and transformations of these institutions reflect the huge expansion of higher education during and beyond the second half of the twentieth century. The School of Mines and Industries, which became the South Australian Institute of Technology in 1960, and the Teachers Training College, which experienced several changes including the absorption of the South Australian School of Art and which became the South Australian College for Advanced Education in 1982, amalgamated in 1991 to form the University of South Australia. This is the largest university in the state and has an applied, technological and community focus and regional campuses also. In 1966, following the Martin Report and reflecting the increasing need for higher education, Flinders University was established. Early in the twenty-first century overseas universities such as Carnegie Mellon and University College London opened small niche campuses in Adelaide.

These three large universities and the several much smaller ones were educating around 73 000 students on campus, offshore and at a distance through information technology in 2013. Overseas fee-paying students constitute a significant proportion of the academic population while the technical and further education institutions and some private providers offer vocational training and education, sometimes to degree level. The increasing demand for higher education in a context of globalisation, university corporatisation and limited funding means this sector will continue to evolve because higher education has become a central part of many adult’s lives with a range of benefits for all. 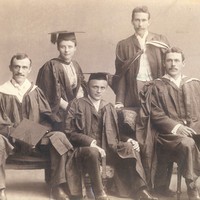 Image courtesy of University of Adelaide Archives, Series 1151: University Photographs and Glass Slides. Not to be published without permission. 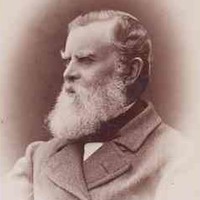 Image courtesy of the State Library of South Australia SLSA: B26275, Public Domain 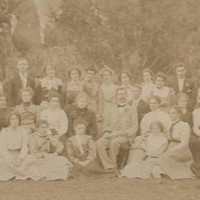 Image courtesy of the State Library of South Australia SLSA: B25677_38, Public Domain Image courtesy of the State Library of South Australia SLSA: B11283, Public Domain 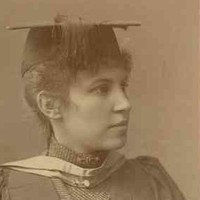 Image courtesy of the State Library of South Australia SLSA: B 25677/38, Public Domain 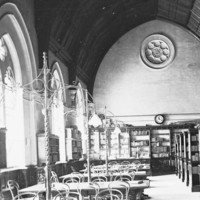 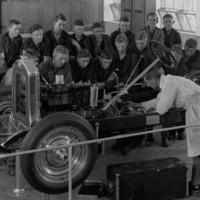 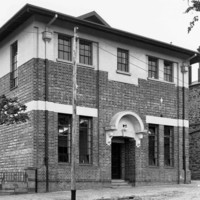 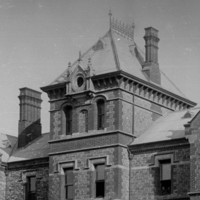 Thanks Michael, that's great information to have.

The photo of the first female medical graduate from Adelaide University is of Laura Fowler.

Associated with:
Advanced School for Girls