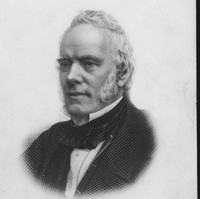 A supporter of the colony from its beginning, he joined in 1835. He would personally rescue the commission’s floundering land-sales project and help found the South Australian Company.
1851

Preceded by his son, John Howard Angas, who arrived in 1843, George Angas would arrive in 1851 and establish his home at Lindsay Park, near Angaston.

George Fife Angas (1789–1879), described by his biographer Edwin Hodder, who was attracted to Angas’s nonconformist piety, as ‘one of the Fathers and Founders of South Australia’, helped shape South Australia’s institutions. Supporting the province from its earliest murmurings, he joined the South Australian Colonisation Commission in 1835. He personally rescued the commission’s floundering land-sales project and helped found the South Australian Company. His banking monopoly energised the Company and fired frenzied land speculation. Vehement in Dissent, Angas strenuously opposed immigration from Catholic Ireland (particularly of poor women) and encouraged large numbers of German Lutherans to settle in the province. Many of them became his tenants at Klemzig, near Adelaide, and Angaston in the Barossa Valley.

In 1840 Angas accepted seven bargain-priced land selections in the Barossa Valley as part settlement of a debt, resigned from the South Australian Company and moved to South Australia preceded by his son and agent, John Howard Angas (1823–1904), who arrived in 1843 aged 20. Historian Douglas Pike described John as his father’s ‘best memorial’ because of his even more consistent philanthropic and evangelical life. Sitting in both houses of parliament, John served on several pastoral, educational and religious boards, and was vice-president of the Adelaide Children’s Hospital from 1876 to 1904.

George Fife Angas, then South Australia’s largest individual landowner, arrived in 1851 and established his home at Lindsay Park, near Angaston. Although disliked by some influential colonists, two appointments guaranteed his mark on the province. As a member of both the Board of Education and the Legislative Council, he argued for dearly held principles: rejection of state aid to religion, Bible-reading in schools, Sundays free of trains and games, and abolition of horseracing and gambling. He became the Legislative Council’s most conservative, if paternally benevolent, member. After 1866, energetic benefaction and a vigorous round of travelling, lecturing and preaching occupied his retirement. Angaston, Adelaide’s Angas Street and the Angas Building in Pirie Street honour his memory.

Angas’ eldest son, George French Angas (1822–1886), spent relatively little time in South Australia but was captivated by it. Visiting in 1844 and 1845 he accompanied William Giles to the River Murray mouth, and Governor George Grey to the South East, Kangaroo Island and Port Lincoln on Eyre Peninsula. His evocative watercolours, shown in Adelaide, Sydney and London, were an enticing window into this distant, largely unknown world and South Australia Illustrated was significant among his many publications. 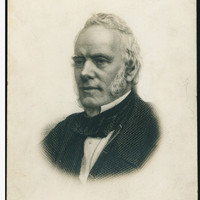 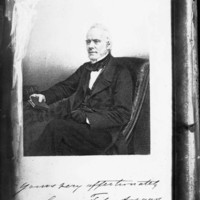 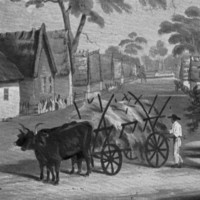 Painting of the German village of Klemzig by George French Angas, c. 1846 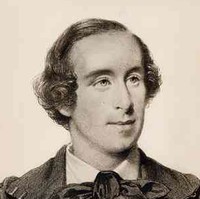 Image courtesy of the State Library of South Australia, SLSA: B 7115, Public Domain

What a treasure Stephen, must have been a treat to see them.

I recently whilst helping a descendant of the Angas clan came upon two of the original lithograph plates from the "south Australia illustrated" series , quite a thrill.