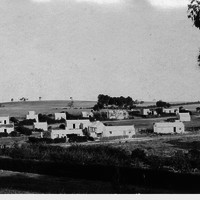 Establishment of the colony of South Australia

The 1834 British statute authorising the establishment of the colony of South Australia described the region as ‘waste and unoccupied’, making no mention of the Indigenous owners of the land.
1966

South Australia took a national lead in land rights legislation with the passage of the Aboriginal Lands Trust Act in 1966, which consolidated all existing Aboriginal reserve lands and placed them under the control of a board made up of Aboriginal representatives.
1981

The Pitjantjatjara Land Rights Act initiated by the Dunstan government was passed in 1981 in modified form by the Liberal government of David Tonkin.
1984

Recognition of native title by the High Court’s decision in Mabo.

The 1834 British statute authorising the establishment of the colony of South Australia described the region as ‘waste and unoccupied’, making no mention of the Indigenous owners of the land. Governor George Arthur of Van Diemen’s Land wrote to the colonial secretary in January 1835 and urged that an ‘understanding’ be reached with the Aboriginal people before settlement commenced. Reflecting on the fate of the Aboriginal people of Tasmania, he observed: ‘on the first occupation of the colony, it was a great oversight that a treaty was not, at that time, made with the Natives, and such compensation given to the Chiefs, as they would have deemed a fair equivalent for what they had surrendered’ (cited in Law of the Land, p. 96).

By the time Arthur’s letter reached London a new British government under Lord Melbourne containing some anti-slavery campaigners was now paying attention to the rights of indigenous peoples, including those in the proposed colony of South Australia. The colonial secretary, Lord Glenelg, wrote to the South Australian Colonization Commissioners in July 1835 informing them that His Majesty had no intention of sanctioning ‘any act of injustice toward the aboriginal natives of that part of the Globe’ (cited in Law of the Land, p. 106). Efforts to have the Foundation Act amended to recognise prior Aboriginal ownership failed, but the Letters Patent issued prior to settlement promised to protect Aboriginal people in the ‘actual occupation and enjoyment’ of their land, the commissioners undertaking to negotiate for land and compensate those who ceded their land.

However, these undertakings were ignored until Governor George Gawler and Protector Matthew Moorhouse arrived in the colony in 1839. In 1840 Gawler upheld Aboriginal people’s proprietary and hereditary rights but refused to agree to land cession treaties, claiming that Aboriginal people would be disadvantaged by such negotiations. Instead, he argued that reserves of land should be held in trust until the Aboriginal peoples showed a willingness to use the land in a European manner.

Over the course of the nineteenth century reserves were set aside and sections granted to Aboriginal people on the understanding that they would farm the land, while legal title remained with the crown. Such grants, Aboriginal people were frequently told, were a privilege not a right. The largest areas of reserve land went to Aboriginal missions. Conditions contained in pastoral leases issued from 1851 allowed Aboriginal people to live on pastoral lands provided they did not interfere with stock or property.

In 1921 the government reserved 56 721 square kilometres of land in the north-west of the state. Unlike earlier reserves granted to missionary organisations, whose task was to civilise and Christianise Aboriginal people, the North-West Aboriginal Reserve was set aside specifically to protect the culture and traditions of the people living on their lands.

South Australia took a national lead in land rights legislation with the passage of the Aboriginal Lands Trust Act in 1966, which consolidated all existing Aboriginal reserve lands and placed them under the control of a board made up of Aboriginal representatives. In allied developments, reserves formerly under the control of government-appointed superintendents were given to Aboriginal community councils. As the land rights movement gathered pace in the 1970s, South Australia continued to be in the vanguard. The Pitjantjatjara Land Rights Act initiated by the Dunstan government was passed in 1981 in modified form by the Liberal government of David Tonkin, and the Maralinga-Tjarutja Land Rights Act was passed in 1984. None of these acts, however, constituted a recognition of native title, which came in 1992 with the High Court’s decision in Mabo. How far that recognition will go, and all that it entails, remain to be seen. The Mabo decision came about, in part, through a historical re‑examination of nineteenth-century British attitudes toward Indigenous rights to land, and arguments concerning Aboriginal rights to land in South Australia in the 1830s constituted an important part of that process. 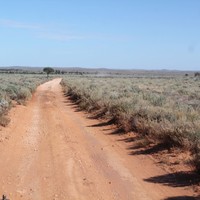 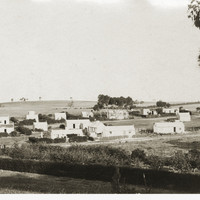 Image courtesy of the State Library of South Australia, SLSA: B 3804, Public Domain

Hi Judy,
Have you tried a Trove search yet? Information on hotels often turns up in the newspapers, and you can search by your grandmother's name also - https://trove.nla.gov.au/search/advanced/category/newspapers
If the hotel was in the City of Adelaide there might be records in the City Archives - https://www.cityofadelaide.com.au/community/creativity-culture/city-arch...
Otherwise some general background on Adelaide hotels:
Hoad, JL, Hotels and Publicans in South Australia 1836 - March 1993 (McLaren Vale, SA: CR Hoad, 1999)

Sumerling, P, Down at the Local: A History of the Hotels of Kensington, Norwood and Kent Town (Kent Town, SA: Wakefield Press, 1998)

Hello, I am seeking information about my grandmother Beatrice Minnie Taylor, who from the age of 8 years was living with her Auntie - Mrs Hannah Connery who owned a hotel in Adelaide in the 1890's .
I realise "the hotel" may not exist today, but was wondering if there are any records of the hotels of that era & the name of the hotel owner.
Any information would be greatly appreciated.
Kind regards,
Judy Parin

Mattingley, Christobel, and Ken Hampton (eds), Survival in our own land: 'Aboriginal' experiences in 'South Australia' since 1836 (Sydney, 1992)

Reynolds, Henry, The law of the land (Melbourne: Ringwood, 1992)

Toyne, Phillip, and Daniel Vachon, Growing up the country: The Pitjantjatjara struggle for their land (Melbourne: Fitzroy, 1984)