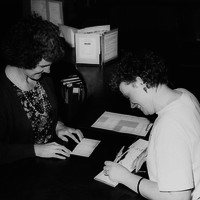 The South Australian Institute began an Australian-first system of distributing book boxes of non-fiction, becoming the largest and most comprehensive in the world.
1884

The South Australian Institute was split into the Circulating Library, Public Library, Museum, and and Art Gallery.
1910

IASA assume the administration of services to institutes

The Institutes Association of South Australia (IASA), whose services included a discount book-buying scheme, assume administration of government grants and other services.
1957

The first local public library opens in the satellite city of Elizabeth.
1967

The library opted to change its name to reflect its statewide role.
1978

The state government adopted an eight-year program to put public libraries in all local government areas.
1989

While many retain their roles as community centres, the last South Australian institute dissolved in 1989.

South Australia was unique among the Australian colonies in that the South Australian Literary and Scientific Association assembled a subscription library before the settlers left Britain. It contained such useful and improving works as James Bischoff’s Sketch of the History of Van Diemen’s Land (1832) and Calvin Colton’s Manual for Emigrants to America (1832). During unloading, the iron trunk containing the books fell into the Port River and was left to dry out in a warehouse for two years.

The South Australian Library and Mechanics’ Institute sought economic stability by proposing regular government funding in return for making its books publicly available. Aware that a British Act of 1850 had potentially made libraries freely accessible to all, and that Victoria had established a magnificent reference library, the South Australian parliament legislated to form and subsidise the South Australian Institute (SAI, 1856–84) and built premises on North Terrace on condition that the public was granted access to the subscribers’ collection for reference purposes only.

When government subsidies to local institutes were introduced their numbers grew steadily. In return institutes were expected to have libraries, offer membership to all prepared to subscribe, and open their reading-rooms to the public for some hours each week. The hybrid system thus born was to last for over a century.

To make books available beyond its walls, particularly to remote parts of the colony, in 1859 the SAI began an Australia-first system of circulating book boxes of non-fiction, which became in geographical terms the largest and most comprehensive in the world. In 1900, 6051 volumes were included in the distribution system, which lasted until dissolution of the institutes in the 1980s.

Changes to the South Australian Institute

In 1884 legislation split the SAI into the Adelaide Circulating Library (1884–1975) and the Public Library, Museum and Art Gallery of South Australia. The former remained in the Institute building, and the public library (1884–1967) was housed in a new Romanesque building next door on North Terrace. In 1910 the Institutes Association of South Australia (IASA, 1889–1990), whose services included the South Australian Institutes Journal (1899–1964) and a discount book-buying scheme, assumed the administration of government grants and other services to institutes.

In 1900 there were 196 institutes including the Adelaide Circulating Library. Subscriber numbers ranged from two to 903 (median 33), with collections, overwhelmingly novels for private entertainment rather than serious educational works of public value, ranging from 49 to 21,538 volumes (median 815). By contrast the public library collection of 43,584 volumes reflected its role as a reference library. The Copyright Act (1878) required copies of all South Australian publications to be lodged with the SAI. These provisions – currently in the Libraries Act (1982) – formed a unique collection, now the Mortlock Library of South Australiana. In 1915 the public library opened one of Australia’s first children’s libraries and in 1920 the first state archives.

By the 1930s the institutes, now grown to their highest-ever number at 306, were becoming moribund. The Munn-Pitt Report (1935), sponsored by the American Carnegie Foundation, denounced the user-pays, semi-private principle as ‘fundamentally wrong’ and ridiculed institutes as ‘cemeteries of old and forgotten books’. It recommended free, rate-assisted public libraries. The public library responded by establishing a Country Lending Service (1938), an Adelaide Lending Service (1946), a Children’s Lending Library (fully operational from 1954) and a Youth Lending Service (1957). Progress towards local public libraries was slow, interrupted by World War II and resisted by the institutes lobby. The first opened in the new satellite city of Elizabeth in 1957.

In 1967, when the new, three-floor, Bastyan Wing provided much needed space for the expanded library services on North Terrace, the public library changed its name to the State Library of South Australia to reflect more accurately its state-wide role.

School/community libraries (from 1977) combined local government, education and public library funding to make libraries affordable for communities as small as 256 at Brown’s Well in the Murray Region. This concept did much to smooth the transition from the institute system.

In 1978, when 160 institutes remained and only 28 of 129 local government authorities operated libraries, the state government adopted an eight-year program to put public libraries in all local government areas. Glenelg Public Library (1992/93) completed the program. The last institute dissolved in 1989, although many institute buildings retain their former roles as community centres.

In addition to the State Library and local public libraries, library provision in South Australia includes those associated with primary, secondary and tertiary education, and special libraries maintained by government departments and private firms. 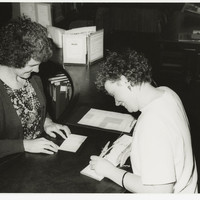 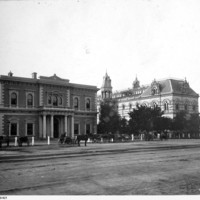 That's fantastic Daina, I think we need some entries on Elizabeth.

The first public library in South Australia supported by a local authority under the Libraries (Subsidies Act) 1955, was established in the town of Elizabeth. Discussions regarding the provision of the service began in 1957 between the District Council of Salisbury, the Libraries Board of South Australia and the South Australian Housing Trust. As a result, the Trust provided rent free premises, in the Elizabeth South Shopping Centre. The library doors were first opened on December 11th 1957, by the Premier Sir Thomas Playford a few minutes after the shopping centre itself had been officially opened for trading. The library started with 4,000 books and a staff of two. From the beginning the demand exceeded all estimates and during the evening of the first day it became necessary to bring out additional librarians form the city to help with the rush. Two days later an additional 500 books were sent from Adelaide to help keep up supplies. Nearly 500 readers registered at the library on the first day and by the end of December, 1,500 people, or 20 per cent of the 7,000 residents of Elizabeth had enrolled as borrowers. In 1960 two more branches were opened, one at Salisbury North and the other in the Elizabeth North Shopping Centre.