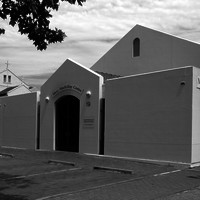 Opened in 1995 on the property in Kensington where Mary MacKillop lived for eleven years, Mary MacKillop Museum was initially known as Mary MacKillop Centre. The inaugural exhibition focussed on the founding of the Sisters of Saint Joseph in 1866 and the early years of the Sisterhood in South Australia, with particular attention to the Kensington/Norwood story.

Inspired by the 2001 publication Think of the Ravens, by historian Sister Marie Foale, a new exhibition was mounted in 2002 called What Would Have Become of Them? This exhibition concentrated entirely on the Social Welfare outreach of the Sisters in South Australia. It clearly demonstrated why the Sisters, who had been established in Penola specifically to teach the poor children of the bush, had broadened their base to become heavily involved in ministering to the poor, sick and marginalised of Adelaide. This included orphans and inmates of the Adelaide Gaol and the Destitute Asylum.

Less than two years after Mary MacKillop had commenced teaching bush children in a crowded, converted stable in Penola, she was fully immersed in the burgeoning needs of the urban poor in Adelaide. Nine young women had joined Mary, and, by December 1867, they were not only teaching hundreds of poor children in four schools, but they had branched out into visiting the poor – in their homes, and in Adelaide’s Destitute Asylum, Hospital and Gaol, and also caring for women in a Refuge they established in Franklin Street.

The Sisterhood continued to grow exponentially. By December 1868 by December there were 48 young Sisters, operating nine schools in Adelaide and beyond, and three inner-city facilities. First was the ‘Providence’ for women, especially the frail aged, homeless and ’at risk’ recent immigrants. Second, the Refuge, which offered support for female ex-prisoners and former prostitutes. Finally, a St Vincent De Paul’s orphanage. The Sisters were now responsible for most of the Catholic orphans and destitute children in the colony.

This pioneering work in Social Welfare continued and spread as the Sisterhood expanded to the other Australian Colonies.  The What Would Have Become of Them? exhibition told the story of these institutions, introducing visitors not only to the places, but also to some of the Sisters of Saint Joseph who were key players in the establishment and development of these various ‘works of mercy’ and the people who supported them, both practically and financially.

In 2016 the Sisters of St Joseph celebrated the Sesquicentenary of their foundation. To mark this milestone, a big redevelopment project was proposed for what is now called Mary MacKillop Museum. It was decided to redesign the building and to include a gift shop and a café. After a time of careful planning, the refurbishment and extension work commenced in February 2019, and is expected to be re-opened before the end of the year.

The new look Mary MacKillop Museum promises to be a reflective and inspirational experience that incorporates modern technology as it tells the inspirational story of Mary MacKillop, Julian Tenison Woods and Sisters of St Joseph, past and present. It will welcome and engage people of all ages, cultures and beliefs. The new gift shop will offer visitors an opportunity to browse and discover meaningful mementoes of their visit and then relax in the café, which will offer both indoor and out-door dining. Stage two of this redevelopment project  will be the creation of a local, self-guided Kensington-Norwood walking trail, which will commence in 2020. 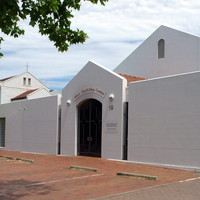 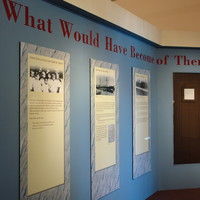 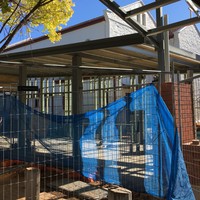 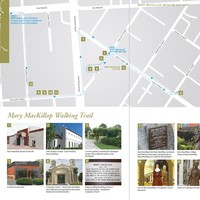