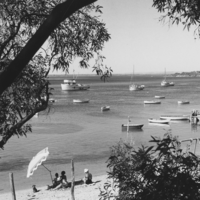 Preceded by American whalers at Sleaford Bay, in 1839 the first British settlers arrived at Port Lincoln, a possible colonial capital until vetoed by Colonel William Light.
1842 - 1892

Between 1842 (Flinders) and 1892 (Hopetoun), ten counties were proclaimed, encompassing all coastal lands.
1897

With the Closer Settlement Act, farming became the dominant way of life.

South Australia’s largest peninsula and best-defined region has a long history but to date no general historian. An inverted triangle of some 70 000 square kilometres about 200 kilometres west of Adelaide as the crow flies, it is defined to the north by the Gawler Ranges and the sea west and east. The large ‘island’ long known as ‘the West Coast’ originated as the western rim of ancient Gondwanaland some 500 million years ago and was home for tens of thousands of years to the Nawu, Banggarla and Wirangu peoples. Named after explorer Edward John Eyre, its western extremity was first glimpsed by the Dutch (1627), and the coasts faithfully charted by Matthew Flinders (1802). Preceded by American whalers at Sleaford Bay, in 1839 the first British settlers arrived at Port Lincoln, a possible colonial capital until vetoed by Colonel William Light; at this time the Franklin Harbour area also attracted attention but was deemed unsuitable as a major port.

Between 1842 (Flinders) and 1892 (Hopetoun), ten counties were proclaimed, encompassing all coastal lands. In the ensuing pastoral age, race relations became tense. Clashes occurred on stock drives from Adelaide, the early runs (‘Pillaworta’, 1842), and during interior exploration. The controversial ‘Elliston massacre’ (1850) marked expansion along the western perimeter. Poonindie Anglican agricultural mission under Superintendent Matthew Hale was a sadly short-lived response. By 1900 pastoralism was on the wane, but few Aborigines survived outside the remote Lutheran missions of Koonibba and Yalata, now closed.

With the Closer Settlement Act (1897), farming became the dominant way of life. A narrow-gauge railway built from Port Lincoln to Cummins in 1905 reached Thevenard in 1915 (branch lines to Kapinnie and Buckleboo were later added); the adjacent Todd River pipeline (1922) and soil additives (superphosphate) facilitated agriculture on interior lands, beyond Goyder’s Line (proclaimed 1866). Scrub-bashing, soldier settlement and community building went together in 1920s’ Wudinna (Wudinna Hospital opened in 1929). This optimistic decade brought the first air services (linking Kyancutta and Cowell to Adelaide, 1928), and more jetties, for example at Port Neill.

Whereas in-migration from Yorke Peninsula and the Far North more than doubled the population between 1900 and 1926 (6295 to 16,216), in the 1930s a catastrophic drop in wheat prices, farm failures and limited health services brought decline. But communications continued to improve. Sylvia Birdseye’s legendary bus service reached Port Lincoln in 1933 and Streaky Bay by 1938. When steel-maker BHP added a new dimension with a blast furnace and shipbuilding at Whyalla, ‘the red city’ near the top of Spencer Gulf flourished during World War II. Queen Elizabeth II visited both Whyalla and Port Lincoln in 1954. Today Whyalla, the only industrial city and largest urban area on Eyre Peninsula, is in decline, but the Eyre Highway (completed 1976) invigorates the north and west, through Kimba to Ceduna. Fishing has become a major extractive and processing industry in Port Lincoln.

The pioneer ethos has been strong among the people of Eyre Peninsula, resilient but remote until the 1950s. The old rural culture of quiet men and strong women in largish families rested on a distinctive experience and comparatively recent achievement. Roads and the weather dominated conversation; but local government improved, area schools were built, and agricultural shows flourished, notably at picturesque Yallunda Flat in the Koppio hills north of Port Lincoln. Three newspapers (the Eyre Peninsula Tribune of Cowell, the Port Lincoln Times, and Ceduna’s West Coast Sentinel), Saturday sport and the Country Women’s Association strengthened identity, with diversity added by ‘New Australians’ and soldier-settlers at Wanilla and Tumby Bay post-1945. Even so, local farmers and fishermen made ideal extras for Gallipoli, filmed near Port Lincoln in 1980. 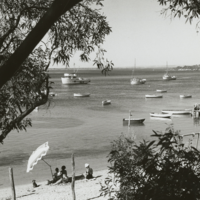 Image courtesy of the State Library of South Australia, SLSA: B 53407/110, Public Domain 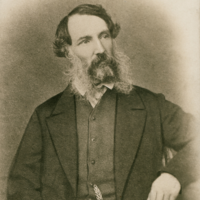 Image courtesy of the State Library of South Australia, SLSA: B 6693, Public Domain 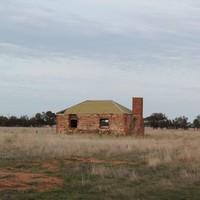 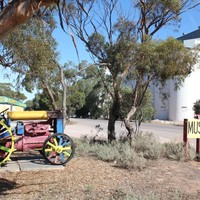 We welcome community contributions David. If you would like to add your story click the plus at the top of the article and your contribution will be linked to this page.

Charter, Greg, 'Frontier violence, vengeance and myths a study of Aboriginal resistance to European occupation of the Eyre Peninsula 1839-1855, and an assessment of later writings pertaining to the conflict' (BA Honours, Flinders University, 1989)

Roe, Jill, ‘Belly-dancing in the bush and other strategies for survival’, AHA Bulletin, December 1988, pp14–17