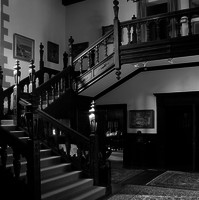 The mansion, Carrick Hill, was built at Springfield by Edward and Ursula Hayward between 1937 and 1939. Edward, always known as Bill, was a director of John Martin’s department store, and later managing director and chairman. He is remembered as the initiator of the Christmas Pageant in 1933 and as a philanthropist and art collector. When the suburb of Springfield was surveyed in 1936 the Haywards bought up a large area of land, and later extended it to about 100 acres (40.5ha). The house, designed by James Irwin of Woods Bagot Laybourne-Smith & Irwin in Elizabethan style and built by Fricker Brothers, is faced with Basket Range sandstone, and set in extensive landscaped grounds. It incorporates a sixteenth-century staircase, fireplace, oak panelling, windows and furniture purchased from Beau Desert Hall in Staffordshire, England by the Haywards on their honeymoon in 1934, and also houses a notable collection of European and Australian art works. Upon Sir Edward’s death in 1983, Carrick Hill was bequeathed to the state of South Australia. There was talk of making it the new Government House, but it is now operated by Arts SA as a museum and art gallery.

This is a revised version of an entry first published in The Wakefield companion to South Australian history edited by Wilfrid Prest, Kerrie Round and Carol Fort (Adelaide: Wakefield Press, 2001). Revised by the author. Uploaded 25 June 2014 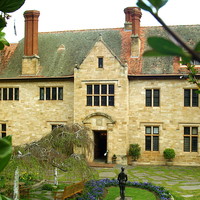 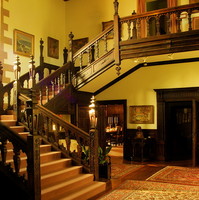 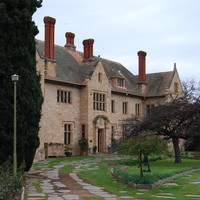 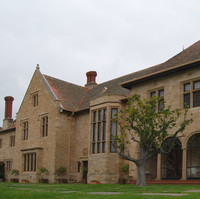 Hi Robyn,
the histories I've read all refer to Ursula's father, Tom Elder Barr Smith, giving the land to the Haywards as a wedding present. I have yet to unearth anything yet that goes beyond the Barr Smith ownership. It might be worth contacting Carrick Hill directly (http://www.carrickhill.sa.gov.au/) to see if they have more history on file, or you could try researching the land history as outlined with some references here: https://www.sa.gov.au/topics/planning-and-property/buying-a-home-or-prop...

Do you know if the land was originally owned by the Carrick families? My great grandfathers family "stewart" owned many houses in Maitland street very close by and my grt grandmother was a "Carrick".I am thinking perhaps they owned the land originally?