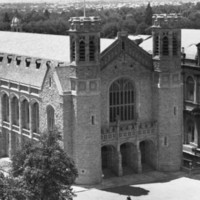 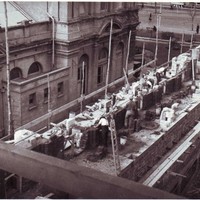 Bonython donated £40 000 to the university. His contribution rose to £50 000 by 1934 and the hall’s construction provided employment for about 600 people during the Great Depression.
1933

A digital organ is installed

The first performance on the organ was given on 3 October 2002 by Sydney organist David Dury. 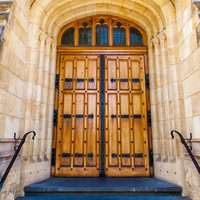 In 2007 these works were given a United Nations Educational, Scientific and Cultural Organization (UNESCO) Award of Merit for Culture Heritage Conservation.

The imposing Bonython Hall faces south to Pulteney Street from North Terrace, Adelaide. Completed in 1936, it acts as the main ceremonial hall for the University of Adelaide as well as providing a grand venue for public events.

The construction of a ‘Great Hall’ was first mooted in 1920 following a visit to Sydney University by South Australian architect Louis Laybourne-Smith (1880–1965) and Sir (John) Langdon Bonython, proprietor of the Advertiser newspaper. Bonython envisioned a hall similar to Sydney University’s to give ‘character and distinction’ to the University of Adelaide and to make a substantial contribution to the North Terrace cultural landscape.

The opportunity to build a hall came in 1930 when Bonython donated £40 000 to the university. His contribution rose to £50 000 by 1934 and the hall’s construction provided employment for about 600 people during the Great Depression.

Architect Walter Hervey Bagot of Woods, Bagot, Laybourne-Smith & Irwin was chosen to design the building. However, his plans did not entirely meet with Bonython’s approval. Bonython had firm views on what the hall should look like and where it should be located. He preferred a grand Gothic style, reminiscent of old English universities, and a prominent location on North Terrace overlooking Pulteney Street.

Debate about the site of University Hall was played out in the press and parliament. Some City Councillors objected to any proposal that would prevent Pulteney Street from cutting through the northern parklands and connecting with Frome Road, as envisaged by Colonel William Light’s plan for Adelaide. Letters to the editor argued that blocking the Pulteney Street junction would lead to traffic problems in the future, especially as the northern suburbs expanded. An alternative site on Jubilee Oval was suggested, but land on North Terrace had already been given to the university. The University Council would not agree to a road bisecting the campus and generating noise as it passed the Barr Smith Library. The matter was not taken up by any parliamentarian. The building went ahead on Bonython’s preferred location. His choice of a grand Gothic design also prevailed over Bagot’s plan. A persistent story about the design is that Bonython insisted upon a sloping floor so that the hall would not be used for frivolity such as dancing.

The foundation stone of Bonython Hall was laid by Sir Langdon Bonython on 4 December 1933. Various dignitaries, parliamentarians and officers of the university assembled on a dais decorated with flags. Vice-Chancellor Sir William Mitchell noted that the gift of the hall was not only to the university, but also to the people of Adelaide. He said that the hall was designed to complement and add to the North Terrace frontage. Mitchell announced that the university’s intention was that the hall be used not for concerts (which would continue in Elder Hall) but as the ‘Senate House’ of the university: meetings, conferral of degrees and examinations would be held there. Bonython cemented the block of Murray Bridge freestone with a silver trowel, after a ‘hermetically sealed glass container’ with newspapers of the day and current university publications was placed in a niche beneath.

The massive hall was constructed of Murray Bridge limestone with worked surfaces emphasising the texture of the stone. Roofing slate was from the Willunga quarries. The interior featured oiled and polished wall panelling and joinery of Manchurian and Australian oak (Eucalyptus obliqua). Heraldic shields in the rich timber ceiling decoration alternated between crests of the university and the Bonython family. Bagot set the windows within arcades to protect the interior from the intense light and heat of the South Australian summer. He also adapted the mediaeval style to modern acoustic requirements and used contemporary technology such as steel trusses and reinforced concrete. Some argued that the final construction constituted an ‘architectural anomaly’ on North Terrace, others that it added grandeur.

The building was opened on 8 September 1936, South Australia’s centenary year, by Governor-General Lord Gowrie. The hall was packed with 1400 invited guests, undergraduates and members of the public. The ceremony was preceded by an academic procession from Elder Hall. A week later, the first public lecture in Bonython Hall was given on ‘Nutrition’ by Dr Winifred Cullis, Professor of Physiology.

Bonython Hall continues to be used by the University of Adelaide for ceremonies and events, including career fairs for students. Public events held in the hall include Carols on Campus, sessions in the Adelaide Festival of Ideas and public orations. In 2002 a digital organ, said to be acoustically indistinguishable from a pipe organ, was installed. The first performance on the organ was given on 3 October 2002 by Sydney organist David Dury.

Restoration works on Bonython Hall, combined with some renovations, commenced in 2005. In 2007 these works were given a United Nations Educational, Scientific and Cultural Organization (UNESCO) Award of Merit for Culture Heritage Conservation. At that time it was the only Australian project to have received such an award. 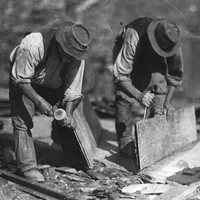 Image courtesy of the State Library of South Australia SLSA: B 55417/114, No known copyright restrictions 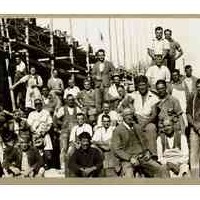 Image courtesy of the State Library of South Australia SLSA: B 70246, No known copyright restrictions 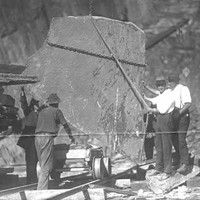 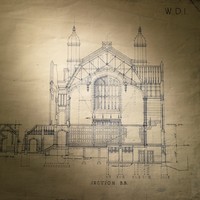 Courtesy of the University of Adelaide Archives. UAA: S1280/2. 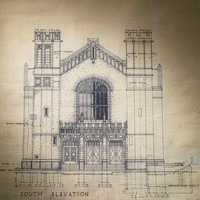 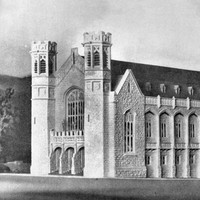 Courtesy of the University of Adelaide Archives. UAA: S695. 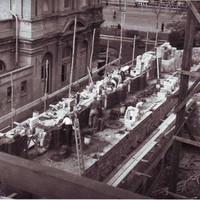 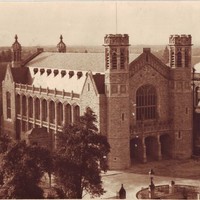 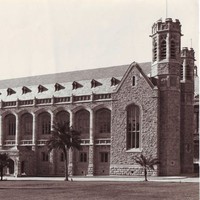 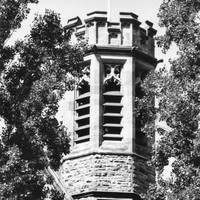 Courtesy of the University of Adelaide Archives. UAA: S826. 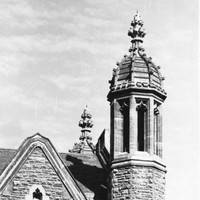 Courtesy of the University of Adelaide Archives. UAA S826. 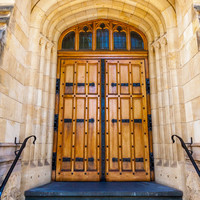 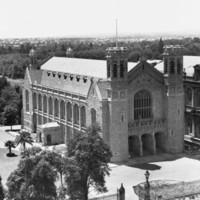 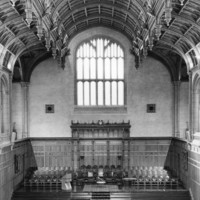 Courtesy of the University of Adelaide Archives. UAA S696. 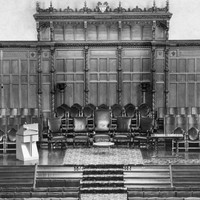