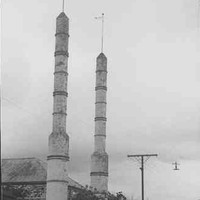 Plans are approved by the Adelaide City Council

The mosque is erected

The minarets are added

The Adelaide Mosque is the oldest surviving mosque in Australia and the first to be built in an Australian city. Erected in 1888–89, it was designed to meet the spiritual needs of Muslim cameleers and traders coming in from work in South Australia’s northern regions.

The mosque in Adelaide was preceded by two earth-walled and thatch-roofed mosques constructed by cameleers in Hergott Springs (Marree). These open buildings, next to pools for washing prior to prayer, reflected those in the places of origin of the cameleers – Afghanistan, Baluchistan and northwest India (now part of Pakistan).

Moves to construct the Adelaide Mosque were led by Hadji Mullah (also known as Moolah or Hadji Mullah Merban or Mehrban). A Tarin Afghan, Hadji Mullah worked with camel teams carrying materials and supplies for the Overland Telegraph Line, completed in 1872. This suggests that he was one of the first of the cameleers to arrive in South Australia from 1865. Retiring to Adelaide, Hadji Mullah wanted a place where cameleers and traders could practice their Islamic faith.

Abdul Wade (also known as Wadi, Wabed, Wahid) from the Quetta district of Afghanistan became the trustee and builder of the mosque. He was a merchant and cameleer in the area of Bourke in outback New South Wales. Funding was raised through donations from the small Muslim community.

Plans for the Adelaide Mosque were approved by the Adelaide City Council in 1887. The first stage of construction took two years to complete. The simple building of brick and stone, costing £450, measured 11.3m in length, 7.6m in width and approximately 5.5m in height. A visitor writing for the Observer in July 1891 described the premises:

There is a large open square on the eastern side, with a tank and fountain in the centre for ablution. The mosque itself is entered from the east, and a tessellated pavement is laid in the porch, which is enclosed with numerous arched columns … No one is permitted to enter the mosque wearing his shoes. Before even crossing the pavement he must take his shoes from off his feet – a custom which is never infringed by the priest himself. No decorations of any kind whatever, not even a chair, are to be seen in the interior of the house – merely a few windows, arched niches in the whitewashed walls to carry the Koran, and the concrete floors covered with mats for the worshippers to kneel upon when at prayer five times a day.

Hadji Mullah became the first caretaker of the mosque. He and his wife lived in a cottage in the grounds. Adjacent cottages gave shelter and accommodation to aged and unemployed cameleers and hawkers. The Observer’s visitor noted:

When out of work, poor, and almost penniless, they have always been provided with food and shelter through the charity of the Hadji, who permits them … to occupy the tenements in Little Gilbert street. In one cottage in which the venerable Hadji designates ‘God’s house,’ [are] at least a dozen men – upon some of whom old age was clearly telling its tale – who are privileged to make this place a home while in the city … At the rear is a garden and a building in which we believe Indian mat-making is carried out.

Four minarets were added to the mosque in 1903. The surrounding garden had matured by then, creating a peaceful environment for prayer and meditation reported the Advertiser in May: ‘The mosque is situated in a garden filled with flowers of all colors, and the effect is enhanced here and there by evergreen trees. On one side of the mosque are a number of cottages, around which vines have been trained, with the result that they appear very picturesque’.

In subsequent years, as the number of cameleers dwindled through age and return to their countries of origin, the Adelaide Mosque fell into disrepair. However, migrants from Europe and Indonesia after the Second World War replenished the Muslim population. Bosnian migrants in 1952 found ‘ancient turbaned men’, the youngest aged 87 and the oldest 117 years, still living in its decaying shelter.[1] The younger men cared for the old cameleers until they died. They then began restoring the mosque.

The Adelaide Mosque became a place of prayer for Muslim migrants from Lebanon, Pakistan, Indonesia, Malaysia and areas of the former Yugoslavia. More recent refugees and migrants continue to pray in the mosque so longed for by Hadji Mullah more than a century ago. 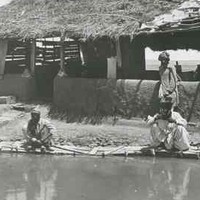 The Mosque at Hergott Springs. Worshippers used the pool to wash their feet, c1884

Image courtesy of the State Library of South Australia SLSA: B 15341, No known copyright restrictions 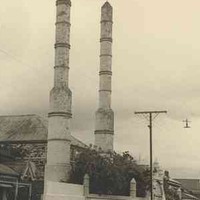 Image courtesy of the State Library of South Australia SLSA: B21920, No known copyright restrictions 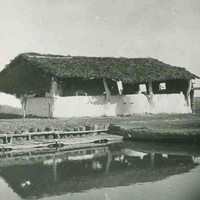 Image courtesy of the State Library of South Australia SLSA: B 47503, No known copyright restrictions 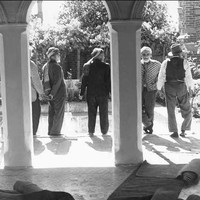 Image courtesy of the State Library of South Australia, SLSA: B 7286, Public Domain 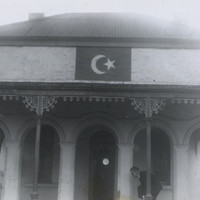 Image courtesy of the State Library of South Australia, SLSA: B 69987. Permission to publish required