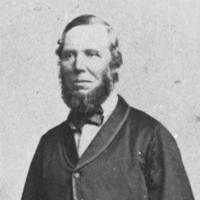 Davenport and his wife arrive in Adelaide and subsequently settle in Macclesfield.
1846

The Davenports bought a Claremont property (now known as Beaumont House) from Bishop Augustus Short. Davenport planted a vineyard and olive grove; the wines generated from the vineyard were highly regarded and won several awards at Australian and overseas exhibitions.
1869 - 1894

Davenport served as President of the Royal Agricultural and Horiticultural Society for seven years, and was the first President of both the Chamber of Manufactures (1869-1888) and the South Australian Branch of the Royal Geographical Society of Australasia (1885-1894).
1884

Davenport was appointed KCMG and awarded an honorary doctorate by the University of Cambridge.
1906

Samuel Davenport was born at Shirburn, Oxfordshire, England, on 5th March 1818, the son of banker George Davenport and his wife Jane (née Davies). As a young man he travelled extensively in southern Europe and lived for a time in the south of France, where he gained some knowledge of the cultivation of olives and grapevines. His brother, George Francis Davenport, came to South Australia in 1840 and selected 4,000 acres of land for his father in a Special Survey in the upper reaches of the Angas River, at a locality he named Macclesfield.

On 1st June 1842 Samuel married Margaret Fraser Cleland and they arrived in Adelaide in 1843 with Samuel’s brother Robert, settling at Macclesfield. Davenport was genuinely concerned with the welfare of his tenants and made the rentals attractive to prospective settlers in the area. From the outset he maintained the traditional values of a liberal squire and held an annual Christmas festivity for the district. He was an avid reader and ordered many publications from England, both for himself and for a community library.

In 1846-47 and in 1855-56 he was a nominated member of the Legislative Council and would ride to Adelaide and back in a day to attend meetings. He was elected to the first Legislative Council under responsible government in 1857 and served twice as Commissioner of Public Works. He resigned from the Council in 1866.

Davenport represented South Australia as a Commissioner at the London International Exhibition of 1851 and at exhibitions in Philadelphia in 1876, Sydney in 1879, Melbourne in 1880, at the Colonial and Indian Exhibition in 1886 and the International Exhibition in Melbourne in 1888. He also served as President of the Royal Agricultural & Horticultural Society for seven years and was the first President of the Chamber of Manufactures from 1869 to 1888. He was also the first President of the South Australian branch of the Royal Geographical Society of Australasia from 1885 to 1894. He was knighted in 1884 and in 1886 was made K.C.M.G. and was given an honorary doctorate by the University of Cambridge.

In addition to his public roles, Samuel Davenport held a life-time interest in horticulture and pastoralism. He published a number of pamphlets on the cultivation of olives and the manufacture of olive oil, silk and tobacco. He held pastoral grazing leases in the South-East, in the Gawler Ranges and to the north of Port Augusta.

In 1856 the Davenports purchased from Bishop Augustus Short the Claremont property now known as Beaumont House. It was here that Davenport planted a vineyard and olive grove. Beaumont Vineyards became well-known for their fine wines and won several awards at Australian and overseas exhibitions. The winery was acquired in 1882 by Davenport’s nephew, George F. Cleland. As well as the vineyards at Beaumont, Sir Samuel had plantings in the Barossa Valley and at Mount Lofty. The Beaumont olive groves, based on good oil-producing varieties obtained from Gibraltar and Spain, eventually covered 27 acres and an average of 22 tons was produced annually over the period 1894 to 1923. The olive oil production was later managed by George F. Cleland & Sons, with production continuing until about 1965, by which time imported oil had made the industry unprofitable.

Sir Samuel Davenport died on 3rd September 1906 and was buried at Walkerville Cemetery. His memory is perpetuated in the Davenport Ranges and the Hundred of Davenport, and by Beaumont Common which he gave to the people of the district as a reserve in 1849. 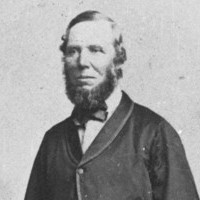 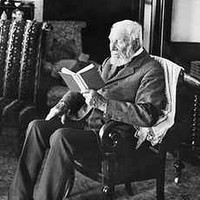 Image courtesy of the State Library of South Australia, SLSA: B 6105, Public Domain