John Langdon Bonython was born in London, England, on 15th October 1848, the son of carpenter and builder George Langdon Bonython and his wife Ann (née McBain). In 1854 he sailed with his family to South Australia in the Ostrich. He attended Brougham School, North Adelaide, but his parents could not afford further education for him. However, he was determined to succeed. He joined the Advertiser as a junior reporter at the age of sixteen, nursing an obsession for work, and in 1879 was able to buy a junior partnership as a result of successful speculation in mining shares. He achieved joint ownership with F.B. Burden in 1884, when he also became editor, a post he held for 45 years. By 1893 he was sole proprietor of the paper.

He soon developed shrewd business judgement and gained an uncanny appreciation of public opinion. Under him, the Advertiser pursued a liberal progressive policy and was one of the foremost advocates of Federation. It reflected the sentiments of the growing middle class and was identified closely with South Australia’s progress. The newspaper carried a great number of small advertisements, but Bonython also believed in extensive news coverage, though he was often at odds with the Australian Journalists’ Association.

On 24th December 1870 he married Mary Louisa Fredericka Balthasar of Berlin and they had eight children, two of whom died in infancy. Bonython was knighted in 1898 and was elected to the first Commonwealth Parliament in 1901, serving for six years. He favoured protection, the White Australia policy and the development of South Australian industry, and urged the Commonwealth to take over the Northern Territory. While in parliament he emphasized the need for locks to control the River Murray and he favoured building the Adelaide-Darwin railway before the East-West railway, believing the former would result in earlier arrival of goods and mail from England.

A parliamentary speech report about him in the Sydney Daily Telegraph included the passage: ‘He takes an attitude of independent criticism on all measures not involving the fate of the Government. He stands with his shoulders well back, his head cocked jauntily on one side, and he speaks clearly and forcibly and without relying too closely on his notes.’ Bonython was knighted in 1898, appointed C.M.G. in 1908 and K.C.M.G. in 1919.

Education was one of his life-long interests. From 1883 to 1901 he was Chairman of the Board of Advice for the school district of Adelaide. He believed technical education to be ‘the master-key to that efficiency without which there can be no industrial or commercial success’. He was among those who established the South Australian School of Mines and Industries in 1886 and soon became its President, a position he held until his death 50 years later. He was Chairman of Roseworthy Agricultural College from 1895 to 1902, Chairman of the Commonwealth Literary Fund from 1908 to 1929, and a member of the Council of the University of Adelaide from 1916 to 1939. He was a founder of the Royal Geographical Society of Australasia (S.A. Branch) and its President from 1903 to 1907. As a member of the Royal Commission on old age pensions in 1905-6, he urged that pensions should be a right, not a charity.

Sir Langdon Bonython was a generous public benefactor, making substantial gifts to the School of Mines and Industries, to the University of Adelaide for the endowment of a chair of law and the erection of Bonython Hall, and to the South Australian Government for the completion of Parliament House, in which there now hangs a portrait of him by Sir John Longstaff. He was also very generous at the grass-roots level, regularly helping the large numbers of destitute people who waited in lines outside his office during the black days of the Depression.

He died on 22nd October 1939 and was buried at West Terrace Cemetery after a State funeral. 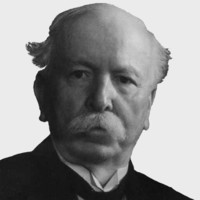 Courtesy of the Bonython family. Not to be reproduced without permission. 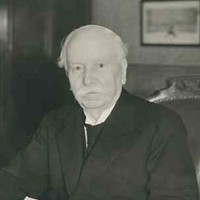 Image courtesy of the State Library of South Australia, SLSA: B 11187, Public Domain 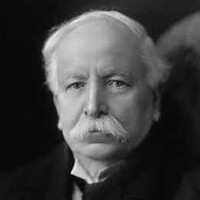 Image courtesy of the State Library of South Australia, SLSA: B 4628, Public Domain

Bonython, E.G., History of the families of Bonython (Adelaide: Bonython, 1966).

Benefactor:
The University of Adelaide
Owner of:
Carclew