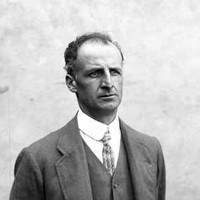 Sir Douglas Mawson was a colossus of the heroic age of Antarctic exploration who carried the banner of scientific research to the great white continent and established Australia’s territorial claim.

He was born in Shipley, West Yorkshire, England, on 5th May 1882, the son of cloth merchant Robert Ellis Mawson and his wife Margaret Ann (née Moore). The family emigrated to New South Wales in 1884. A graduate of Sydney University with degrees in engineering and science, Mawson came to South Australia in 1905 when he was offered a lectureship in mineralogy and petrology at the University of Adelaide. He had already begun his career as a scientific explorer when only 21, joining an expedition to map the geology of Vanuatu. The Antarctic, however, was the bright frontier and the opportunity to investigate it arrived with Ernest Shackleton’s expedition to the South Pole in 1907. Mawson established himself as a valuable member of the team. He was chosen as one of those to ascend Mt. Erebus and was in the party of three that was the first to reach the vicinity of the South Magnetic Pole.

His leadership abilities were noted by Shackleton who recommended him to Captain Robert Scott. But glory hunting was not attractive to Mawson and he turned down Scott’s offer of a place in his polar sledge party, preferring to organize the exploration of the untouched coastline directly south of Australia. The Australasian Antarctic Expedition of 1911 established a base on the blizzard-scoured slopes of Commonwealth Bay and amassed more scientific information than all of the contemporary polar expeditions combined. Mawson’s story of the expedition was published as The Home of the Blizzard in 1915. It included the remarkable tale of his lone trek to safety after losing one companion and his food supplies in a crevasse, and the other companion to malnutrition as they retraced their steps, being forced to eat the sled dogs. The skeletal Mawson staggered back to base only to see the relief ship sailing away, marooning him, for a further twelve months, with the handful of men who had volunteered to wait for him.

The scientific success of the expedition did not pay the expenses and Mawson was saddled with worry and debts. He was knighted in 1914 and on 31st March of that year married his patient fiancée Francisca (Paquita) Delprat. During World War I he was attached to the British Ministry of Munitions, holding the rank of major, and in 1920 he was appointed O.B.E.

After the war, Mawson returned to the University of Adelaide, becoming Professor of Geology and Mineralogy in 1921. The geology of South Australia was his life’s work. He mapped the ancient landscapes of the Flinders Ranges and discovered the first notable deposit of uranium at Radium Hill. The vast resources of the Antarctic were also apparent to him and he was a tireless lobbyist for Government sovereignty and control of the vast southern regions. Eyewitness to the profligate slaughter of penguins and seals on Macquarie Island, he argued passionately for limits on the wildlife harvest and careful monitoring. In 1929 and 1930 he led two voyages, the British Australian and New Zealand Antarctic Research Expeditions, conducting oceanographic surveys but also making territorial claim to the empty coastline. Australia’s interest and involvement in Antarctica has continued ever since. It has established three permanent bases on the continent, one of them named in Mawson’s honour.

Sir Douglas Mawson died on 14th October 1958 and was buried at St. Jude’s Cemetery, Brighton. He was awarded scores of honours, decorations and medals, and was commemorated on the first Australian $100 note. On the centenary of his birth, a bronze bust was erected in front of the University of Adelaide, flanked by granite boulders, one from Mawson Base, Antarctica, and the other from Mawson Valley in the Flinders Ranges, two regions where his endeavours placed his name upon the earth. 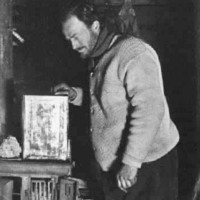 Courtesy of the South Australian Museum Mawson Collection. Not to be reproduced without permission. 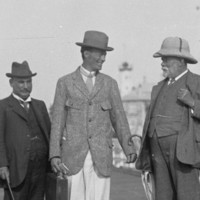 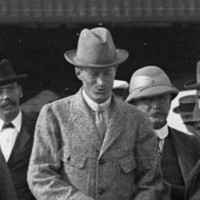 Sir Douglas Mawson walks with a group of men at Semaphore Jetty following his arrival at Semaphore, 26 February 1914 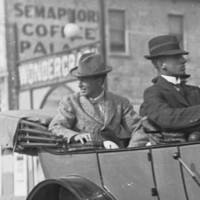 Douglas Mawson (left) rides in the back of a car following his arrival at Semaphore, 26 February 1914 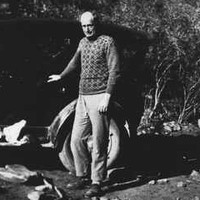 Image courtesy of the State Library of South Australia, SLSA: B 61686, Public Domain 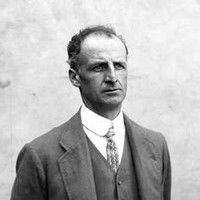