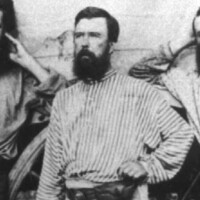 Charles Todd was one of the most notable public servants of Australia in the nineteenth century. Superintendent of Telegraphs, Government Astronomer, Postmaster-General, meteorologist and engineer, he served his adopted state unstintingly for more than fifty years.

He was born on 7th July 1826 in London, England, the son of grocer and tea merchant Griffith Todd and his wife Mary (née Parker). Educated locally, he was then employed by the Astronomer Royal, (Sir) George Airy, at the Greenwich Observatory as an astronomical calculator. In January 1848 he was appointed Assistant Astronomer to Professor Challis at the University Observatory, Cambridge, where he also met a distant cousin, Alice Gillam Bell. In 1854 he was given responsibility for the telegraphic time signals and time balls at Greenwich.

Approached by the Colonial Office in London, Airy hesitantly recommended Todd as Government Astronomer and Superintendent of Telegraphs for the young colony of South Australia. Todd accepted early in 1855, proposed to Alice Bell, was married in April and sailed in July. The newlyweds arrived at Port Adelaide in November 1855. Over the next five decades Todd revolutionized communication (by telegraph, post and telephone), pioneered meteorology, promoted astronomy, undertook important surveying and served numerous public institutions.

The Adelaide Observatory, established on West Terrace in 1860, became a popular venue for local societies and the public. It boasted refracting and transit telescopes, a time service, a seismograph, geodetic surveys and observations of comets, planetary satellites and other astronomical phenomena. Todd was an early advocate of standardized time in Australia. In 1868 he accurately determined the position of meridian 141 and showed that the Victorian-South Australian border was misplaced. He made observations of the transit of Venus in 1874 and 1882.

He is best remembered for the telegraph. Having completed the Adelaide-to-Port Adelaide line, Todd then joined Adelaide and Melbourne (1858), Adelaide and Sydney (1867), and in August 1872 completed the monumental Overland Telegraph Line from Darwin to Adelaide. Accomplished in two years over country traversed only once before, the 2,000-mile-long single wire, supported on 36,000 wooden poles, connected Australia with Britain and thereby cut communication time from months to hours. The line to Eucla was completed in 1877, joining Adelaide and Perth.

From 1856 Todd had planned a system of weather recording using the telegraph stations and, after his additional appointment as Postmaster-General in January 1870, also obtained daily reports from country post offices. As the science of meteorology developed, the Observatory published regular weather forecasts and maps. Todd was also responsible for the rapidly expanding postal services and the new telephone system. He was a central figure in the many intercolonial conferences held on a variety of scientific and technological subjects, pioneered the development of radio in Australia with his son-in-law, Professor William Bragg, and promoted the introduction of electricity. He retired in January 1905. 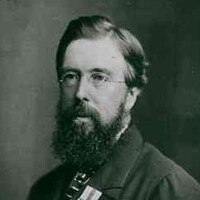 Image courtesy of the State Library of South Australia, SLSA: B 12209, Public Domain 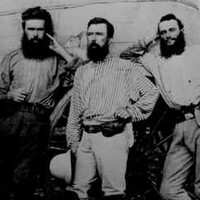 Image courtesy of the State Library of South Australia, SLSA: B 69996/15, Public Domain 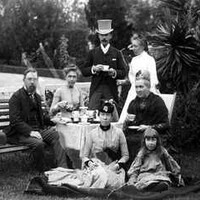 Edwards, P.G., ‘Charles Todd and the Adelaide Observatory’, Proceedings of the Astronomical Society of Australia 10(4), 1993.

Moyal, A., Clear across Australia: A history of telecommunications (Melbourne: Nelson, 1984).

Taylor, P., An end to silence: The building of the Overland Telegraph Line from Adelaide to Darwin (Sydney: Methuen, 1980).