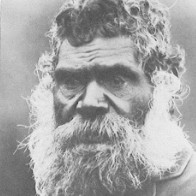 Tommy Walker, or Poltpalingada Booboorowie, was a Ngarrindjeri man from the South East. The little reliable information on his early life suggests that his father was killed in a tribal fight with Kaurna people, that he worked for settlers, and that he may have travelled to the Victorian goldfields in the 1850s. From the 1880s Walker was a leading figure among the community of Aboriginal people who lived on the fringes of white Adelaide society – ‘fringe-dwellers’ as they became known. By the 1890s he was a well-known identity in Adelaide, with press reports on his activities often revealing a man with a sharp wit and acid tongue.

On his death the Adelaide Stock Exchange paid for Walker’s headstone in West Terrace cemetery. But Tommy Walker was not laid to rest. In 1903 it was revealed that the state coroner, Ramsay Smith, had removed his skeleton before the burial and sent it, along with other ‘anthropological specimens’, to the University of Edinburgh. In an era when evolutionary anthropology was ascendant, the best that a board of inquiry could find was that the coroner’s actions had been ‘indiscreet’ and that he had allowed his ‘zeal in the cause of science to outrun his judgment’. 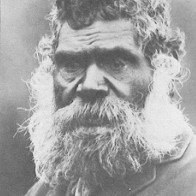 do you have any information on Tommy Walker

Hi Derek,
This article was written by Robert Foster, sourced via the 'The Wakefield companion to South Australian history' as above. We don't have any further information on file, but you might try getting in contact with Ass. Prof. Robert Foster at the University of Adelaide.

Hi again the painting is of Tommy Walker 1894

i think that we need to do some more reserch !

We welcome all contributions Scarlett.