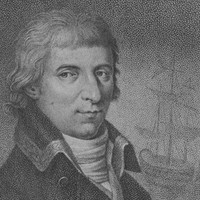 Nicolas-Thomas Baudin (1754–1803) was born on the Île de Ré, off France’s Atlantic coast. After serving in both naval and merchant ships, he made two scientific voyages. Successfully instigating a voyage of exploration to Australia, Baudin was encumbered with several recalcitrant scientists and officers who intensified his discipline difficulties at a time of international revolution and change. The expedition sailed in October 1800 and Baudin commenced working west along the unknown southern coast of Australia in March 1802. Forestalled east of Cape Banks by the British Lieutenant James Grant, Baudin’s hopes of original discovery beyond Encounter Bay were also dashed when he there met Matthew Flinders. Nevertheless, the importance of French geographical work in South Australia is indicated by place names along the Fleurieu Peninsula and Kangaroo Island and by significant natural history collections in France. Baudin was happiest when engaged in botanical collecting, often impatient with inexperienced juniors whom he failed to inspire or encourage, and blessed with an unfortunate sense of humour. Nevertheless he achieved many of his goals in exploration, survey and scientific inquiry, and to his credit his ship never ran aground, and not one drop of Aboriginal blood was spilt. 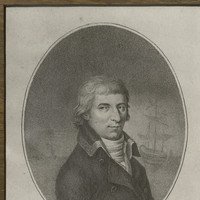 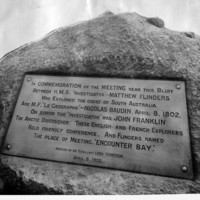 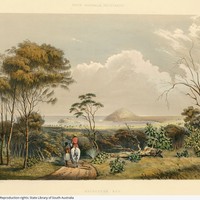 Baudin, Nicolas, The journal of post Captain Nicolas Baudin, Commander-in-Chief of the corvettes Geographe and Naturaliste, assigned by order of the government to a voyage of discovery, translated from the French by Christine Cornell; with a foreword by Jean-Paul Faivre (Adelaide: Libraries Board of South Australia, 1974).