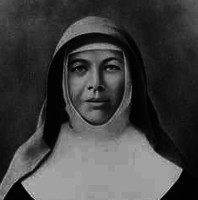 Mary Helen MacKillop was born at Fitzroy, Victoria, on 15th January 1842, the first of eight children of Scottish immigrants, Alexander MacKillop and his wife Flora (née MacDonald), from whom she derived her Catholic faith and love for the Church. MacKillop could not support his family, who had to depend on the charity of relatives for survival, and at the age of sixteen Mary became the principal breadwinner. During 1861-1862, she worked as a governess in Penola, South Australia, where she met the local priest, Father Julian Tenison Woods.

The Bishop of Adelaide at the time, Patrick Geoghegan, saw the provision of Catholic education as a pressing need and directed his priests to establish Catholic schools. Woods could not find teachers for Penola and decided to found a new religious order, the Sisters of St. Joseph, to run his school. He drew up its rule of life, stipulating that its members be ordinary women living in small groups among the people, with no visible means of support, teaching poor children and managing charitable institutions for destitute and socially disadvantaged women and children. MacKillop felt called to join and, after teaching in Portland, Victoria, for a time, she returned to Penola in 1866 to become the Order’s founding member. The first St. Joseph’s School was established there in a stable.

In 1867 Woods became the Director of Catholic Education in South Australia. Recognizing MacKillop’s teaching ability, he had her formulate a school curriculum and invited her to help him build a system of parochial schools for the children of the diocese. She moved to Adelaide, adopted the distinctive Josephite religious habit and took charge of the principal Catholic school.

The Order prospered and extended into eastern Australia. By 1871 there were 127 sisters teaching in 41 schools and managing an orphanage, a house of refuge for ‘fallen’ women and a home for destitute women of all ages. Many Adelaide people respected the Josephites and gave them generous financial support. The clergy, however, was divided over this radical new Order. Some pressured the then Bishop of Adelaide, Laurence Sheil, to alter its Rule of Life and to excommunicate MacKillop from the Church for alleged insubordination. After five months (September 1871 - February 1872), he rescinded her sentence and reinstated the Order.

In 1873 Mary MacKillop travelled to Rome to seek papal approval for the Order. Her behaviour, conviction and values impressed Roman officials who made some necessary changes, confirmed the Order’s particular form of internal administration, known as central government, and gave it tentative endorsement with a new constitution. Definitive approbation came in 1888.

Woods found the changes unacceptable and so MacKillop lost the friendship of her long-time guide and mentor. Some bishops disagreed with central government and refused to have her Sisters in their dioceses. They established separate Josephite Orders under their own control.

On her return from Rome, Mary MacKillop became the Josephites’ first elected Superior-General. She travelled widely, establishing convents, schools and charitable institutions throughout Australia and New Zealand. Banished from Adelaide in 1883 for alleged drunkenness and financial mis-management, she moved to Sydney. Despite chronic ill health, she persevered in her work for the underprivileged. She was deposed as leader of the Order in 1885 but carried on bravely until her re-election in 1899. In 1901 she suffered a paralytic stroke and thereafter led from her wheelchair until her death on 8th August 1909. She was buried in St. Joseph’s Memorial Chapel, North Sydney.

In 2010 she was canonized, becoming Australia’s first Roman Catholic saint. 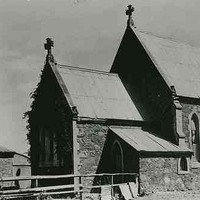 St. John’s Church, Kapunda, c. 1897. The church was converted into a girls' reformatory under the supervision of Mary Mackillop

Image courtesy of the State Library of South Australia, SLSA: B 19172, Public Domain 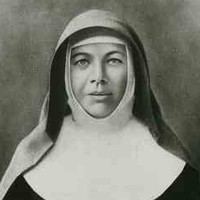 Image courtesy of the State Library of South Australia, SLSA: B 23825, Public Domain