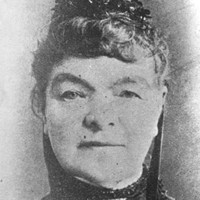 Mary Lee (née Walsh) was born on 14th February 1821 in County Monaghan, Ireland, to landed Protestant parents. Well-educated, she married George Lee in 1844 and they had seven children. In 1879 she came as a widow to Adelaide with her daughter to nurse her sick son, who died the following year. She took in selected boarders for a living in her rented North Adelaide house, devoting herself with compassion to social causes despite her slender means. She worked on the Female Refuge Committee and in 1883 became foundation secretary of the ladies’ committee of the Social Purity Society, which aimed for legislation to raise the age of consent. The campaign succeeded when the age was raised from twelve to sixteen years in 1885.

The ladies of the Social Purity Society recognized that there must be many changes in the law to raise women’s legal status. Mary Lee argued forcefully that women’s suffrage was essential for such changes. As a result, the Women’s Suffrage League was inaugurated at a meeting in Adelaide in July 1888, with Dr. Edward Stirling elected as President. He had presented a successful but limited women’s suffrage resolution in the House of Assembly in 1885 and a similar Bill which was defeated in July 1886. The issue aroused strong conflicting views in Parliament and in the newspapers but traditional opinion was jolted by the advocates of women’s rights who argued from social justice and Christian viewpoints. As secretary, Lee led the campaign for the League’s single aim, the parliamentary vote for women on the same terms as men. She spoke eloquently at meetings, despite becoming the target of jokes and sarcasm and sometimes stronger abuse. Short and plump, but always straight-backed, she continued speaking fearlessly and wrote well-argued letters to newspapers.

In 1889 at a public meeting on ‘sweating’ she proposed the formation of women’s trade unions and the following year the Working Women’s Trades Union was founded with Lee as secretary. In December 1892 she visited Broken Hill during a miners’ strike, travelling for four days in extreme heat, assessing the needs of families for welfare and organizing a committee to distribute food and clothing from Adelaide women. In 1893, as Vice-President of the W.W.T.U., she was its delegate to the United Trades and Labour Council. She worked harmoniously with the Women’s Suffrage League committee and guided it in planning strategies. She organized petitions and deputations, and collected shilling membership subscriptions. Watching political manoeuvres shrewdly, she welcomed the new Labor Party’s increasing support, although she once called them ‘a lot of nincompoops’.

In 1894 Mary Lee organized a colony-wide suffrage petition which held 11,600 signatures, many gained by the Woman’s Christian Temperance Union. It was presented to the House of Assembly on 23rd August, tied with a ribbon of yellow, the League’s colour. Counter-petitions held few signatures. Six suffrage Bills, all encumbered with conditions, were rejected from 1886 to 1893. Eventually, after careful steering, the Kingston government’s unencumbered Bill passed on 18th December 1894, giving women the right to vote on equal terms with men, the right to a postal vote and, by a strange quirk, the right to stand for Parliament. South Australian women thus became the first in Australia to achieve these rights and a jubilant Lee urged women to enrol.

When two trade unions nominated Lee to stand for Parliament in 1895 she declined to be tied to any party. Premier Kingston honoured her publicly and in 1896 the government appointed her Official Visitor to the Lunatic Asylums, a position she held for twelve years. Poverty-stricken, she died on 18th September 1909 and was buried at the Wesleyan Cemetery, Walkerville, with her son Ben, her tombstone inscribed ‘Late Hon. Sec. Women’s Suffrage League of S.A.’ In 1994 her bronze bust was erected in the Prince Henry Gardens on North Terrace. 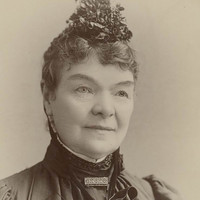 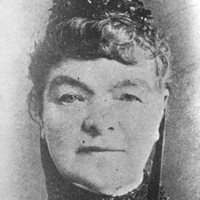 Courtesty of the History Trust of South Australia, PP 5769,  http://foundingdocs.gov.au/enlargement-eid-13-pid-10.html