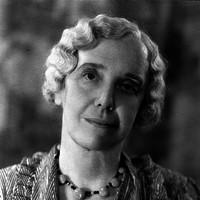 ‘Look out! Here comes Miss Cocks!’ was the catchword in Adelaide after the much publicized appointment on 1st December 1915 of Fanny Kate Boadicea Cocks as the first woman police constable in the British Empire. The post was distinctive as it carried full powers of arrest, and equality with male police officers. Prior to this, women had served in the force but with restricted duties and pay.

Kate Cocks was born at Moonta, South Australia, on 5th May 1875, the daughter of Anthony Cocks, a Cornish miner, and his wife Elizabeth (née George), a schoolteacher. The family suffered hardship and debt but were buoyed by their firm belief in Christian values. They moved to Adelaide in 1900, where their financial situation improved. Kate joined the State Children’s Department as a teacher and served as assistant matron at the Edwardstown Industrial School, where she witnessed the suffering of children and families in extreme poverty. This work led to a position as juvenile court probation officer, where her dedication to those children under her care brought her renown.

The years of the First World War saw social upheavals and changing moral values. At government level the idea of women in the police force was first mooted in 1914. The matter was discussed in the press and supported by women’s organizations and religious bodies. The response from the all-male police officers was mainly negative but in July 1915 the Governor, Sir Henry Galway, announced that the Government proposed to appoint women police patrols and in December of that year Cocks was appointed as the state’s first woman police constable.

She was assisted by another woman, Annie Ross, who, like her, was experienced in dealing with child poverty and crime. They were established in a rented room in a row of houses, now long-since demolished, on the eastern side of Victoria Square. They were appointed with the object of safeguarding the moral welfare of women and children, and, as far as possible, preventing acts of misconduct that often led to disaster in the lives of young women.

Their duties were manifold and the hours were long and demanding, with one day off in six weeks. They worked in plain clothes, patrolling in Adelaide, Port Adelaide and Outer Harbour, where there were large concentrations of troops on the move, attracting vulnerable young girls. They visited slums and reported cases of neglected children. They kept under observation hotels, reputed brothels and places frequented by women and girls soliciting as prostitutes. They also assisted detectives and other police who were investigating cases in which females were concerned. Their specialist work with women and children in the community brought them appreciative attention, particularly from formerly grudging male officers who were now relieved of the difficulty of dealing in matters of morality.

In time the need for extra staff grew and Cocks gathered around her women who were strong, assertive and compassionate. So high was the profile of women police in South Australia that a request was received from the Ballarat Council in Victoria seeking assistance for a similar move in that city. In her twenty years of service Cocks earned high praise for her dedication to duty, her organizational ability and her kindness. She was awarded the King’s Police Medal and received a number of commendations from the police commissioner in recognition of her valuable work in dealing with difficult and sordid crimes ranging from sodomy to child poisoning. On her retirement in 1935 she was appointed M.B.E. She then, under the auspices of the Methodist Church, established a home at Brighton for young single women awaiting childbirth, later renamed the Kate Cocks Babies’ Home.

She died on 20th August 1954 and was buried at Payneham Cemetery. 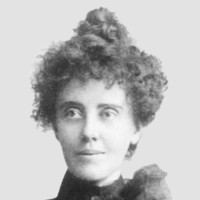 Image courtesy of the South Australian Police Historical Society. Not to be reproduced without permission 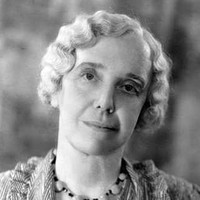 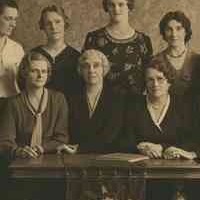 Members of the South Australian Women's Police Force, 1934. Kate Cocks is seated in the centre of the front row