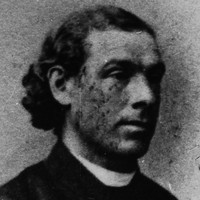 This creative priest who has left an enduring legacy to education, to science and to the history of the Catholic Church in Australia, was born in London, England, on 15th November 1832, the son of James Dominick Woods, of the Middle Temple, and his wife Henrietta Maria (née Tenison). In 1855 he accompanied Bishop Willson of Hobart on the Berenicia in order to work in the new Van Diemen’s Land diocese. After a short time he went to Adelaide, where he was ordained priest in 1857. Since 1851 he had studied for ordination in England with the Passionist order, then in France as a Marist novice and finally under Jesuit guidance at Sevenhill, South Australia.

He served for ten years as the first pastor in the parish of Penola, which then extended over thousands of square miles. During those years he began his scientific field work and writing. He was self-educated, corresponding with noted English and Australian scientists. He wrote books on Australian exploration and on the geology of the south-east of South Australia, as well as describing the limestone deposits and caves at Naracoorte and identifying the soil around the Coonawarra region as terra rossa, ideal for viticulture. All this scientific work accompanied his pastoral care for the scattered Catholics of the district.

At Penola he first conceived the plan for founding a religious order of women to teach the children of the bush and underprivileged town areas. His collaborator and first recruit in 1866 was Mary MacKillop, who was to carry forward their work as founders of the Sisters of St. Joseph. After Woods was made the Director of Education in Catholic schools, moving to Adelaide in 1867, the numbers of sisters grew quickly, staffing schools and charitable houses in Adelaide and further afield. Woods also began the Catholic paper, the Southern Cross.

In 1871 he went to New South Wales, chiefly to arrange for some sisters to begin teaching in the Bathurst diocese. He left Adelaide permanently in 1872 and from then until 1883 his role of priest-scientist took him through Queensland, New South Wales and Tasmania. He supervised the founding of Josephite convents in New South Wales and New Zealand, all the while working as a travelling missioner in churches from Townsville to the Huon Valley and continuing his research and writing for scientific journals and newspapers. A general naturalist, he had now begun to specialize in marine biology, palaeontology and geology. He was President of the Linnaean Society of New South Wales, a Fellow of the Geological Society of London and a Trustee of the Australian Museum.

In 1883 he was invited by the Governor of the Straits Settlements to explore possible mineral deposits in Perak and Malacca. En route through Indonesia he sent back to Sydney an eye-witness account of the eruption of Krakatoa. Besides his Malayan explorations, he travelled on vessels of the Royal Navy to Borneo, the Philippines, Hong Kong, China and Japan, returning to Port Darwin in 1886. He made some exploratory trips for the Northern Territory administration before returning to Sydney. After three years of failing health, during which he continued to write and publish, he died on 7th October 1889. His memorial at Waverley Cemetery, New South Wales, was erected by fellow scientists.

He produced over two hundred papers and articles, published four books and was a gifted musician and artist. His capacity for work matched his intellectual powers as well as his fidelity to his spiritual duties. Not always prudent, at times even stubborn, he saw himself as God-directed and was therefore impervious to critical opposition. A poor judge of character in others, he was sometimes misled by them. But Mary MacKillop, who perhaps knew him best, called him ‘the gentle, learned priest’. 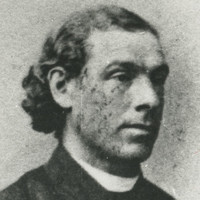 Image courtesy of the State Library of South Australia, SLSA: B 33699, Public Domain 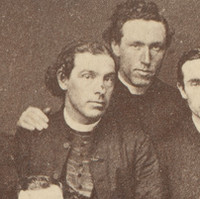 A group of Catholic clergymen of the Archdiocese of Adelaide, 1868. Rev. Julian Woods stands third from left

Image courtesy of the State Library of South Australia, SLSA: B 11338, Public Domain