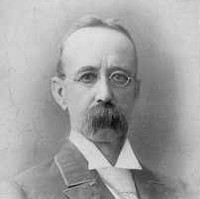 John Anderson Hartley was a man who made a difference. For twenty-five years he dominated the educational development of South Australia, creating a much improved and admired system for his colony. He was born at Old Brentford, Middlesex, England, on 27th August 1844, the son of Rev. John Hartley, a Wesleyan minister, and his wife Sarah (née Anderson). From 1853 to 1860 Hartley studied at Woodhouse Grove School in Yorkshire and subsequently taught there until 1867. He then completed his B.A. (1868) and B.Sc. (1870) at the University of London. In 1870 he was appointed second master at the Methodist College in Belfast, Ireland, where he met and married Elizabeth Green. Later that year, Hartley accepted the post of Headmaster of Prince Alfred College in Adelaide.

He arrived in South Australia in January 1871 and made a considerable impact on the college’s early development, overseeing the establishment of its reputation as well as the removal of the resident governor from the management hierarchy (thereby giving full authority to the headmaster). In May 1871 he was appointed to the Central Board of Education and three years later was elected Chairman. He made a significant contribution to the 1875 Education Act and in December of that year resigned his headmastership to become President of the Council of Education. In 1878 the Council was abolished and he was appointed the first Inspector-General of Schools, a position he held until his death in 1896.

He made the most of his powerful position, creating an efficient and centralized school system which he closely supervised. His aim was to develop the best education system in Australia and he achieved many changes with strong leadership and dictatorial methods, which inevitably left him open to criticism (a pattern repeated throughout history).

Hartley set high standards which he expected others to live up to. Colin Thiele described him as ‘stiffly fair-minded, incomparably industrious, braced by his rectitude, professionally efficient, the terror of incompetence and indolence’. One young student said that ‘he was very stern and everybody was scared of him’. Yet historical accounts show many instances of his consideration, particularly towards disadvantaged people within the system. It was during his reign that free education for all was introduced to South Australia.

Despite a reputation as a strict disciplinarian, he was not conservative in educational theory. He denounced rigid curricula and fought against rote learning and cramming, preferring students to learn by discovering facts and truths for themselves and by working from the familiar to the unfamiliar in stages which maintained curiosity and concentration. This keenness to adopt sensible, new ideas lifted his administration above the ordinary.

He was one of the founders of the University of Adelaide, served on its Council, Senate and various committees between 1873 and 1893, and was Vice-Chancellor from 1893 to 1896. He was a member of the first Council of Roseworthy Agricultural College, and a co-founder of the Adelaide Y.M.C.A., the Public Service Association and the Adelaide Children’s Hospital. He founded and edited the Education Gazette (1885), the Children’s Hour (1889), the Adelaide Poetry Book (1891) and the Journal of the Public Service Association.

He died on 15th September 1896 (after colliding on his bicycle with a butcher boy’s horse) and was buried at North Road Cemetery. His funeral procession was the largest seen in Adelaide to that time, headed by six headmasters and 3,000 children each carrying a white flower and followed by hundreds of dignitaries, teachers, and students. The former Teachers’ College building on Kintore Avenue, erected in 1927, is named in his honour. 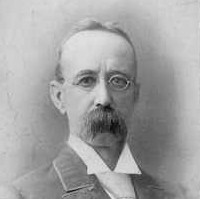 Memorial notice and portrait of John Anderson Hartley, 1896. Hartley was the Inspector-General of Schools in South Australia 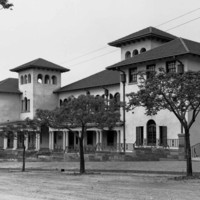