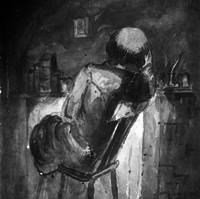 Arriving at Kingscote on Kangaroo Island in January 1837 as the South Australian Company’s mine and quarry agent and geologist, Menge later encouraged George Fife Angas’s speculative land purchase and German settlement in the Barossa Valley.

A solitary eccentric, he experimented with various crops and discovered many rocks and minerals, including opal near Angaston. Leaving ‘Menge’s Island’ at the junction of Jacob’s Creek and the North Para River in 1842, he resumed his fossicking rambles and continued selling mineral specimens. 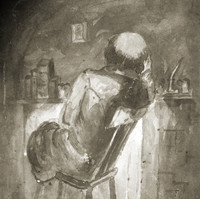 Johannes Menge, by WA Cawthorne, c.1845, in 'his usual attitude when teaching'

Image courtesy of the State Library of South Australia, SLSA: B 5112, Public Domain 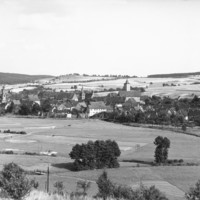 Image courtesy of the State Library of South Australia, SLSA: B 4577, Public Domain