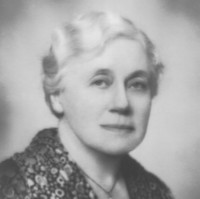 Harriet, her parents, and her two younger sisters move to North Adelaide
1909

Founded the School for Mothers

The School for Mothers is founded by Harriet, Dr Helen Mayo and Mrs P Morice, modelled on the St Pancras School in London
1914

Established a hospital for babies

Harriet and Dr. Helen Mayo established their own hospital for babies in 1914, upon their request for a babies' ward in the Adelaide Children's Hospital being refused
1914

Harriet is appointed an ‘Honorary Commissioner to inquire into and report upon the question of the Control and Management of State and Neglected Children in Great Britain and on the Continent of Europe’.
1922 - 1926

President of the State Children's Council

South Australia has the world's lowest infant mortality rate, thanks in part to the establishment and development of the School of Mothers

Harriet’s father was a remarkable scholar who played a successful role in South Australian medicine, science and politics. EC Stirling helped to found the Medical School at the University of Adelaide, founded the Adelaide Museum and participated in many significant 19th century expeditions for the Museum. He was also a great supporter of the rights of women, and was the first person in Australasia to introduce a bill for women’s suffrage. He became the North Adelaide Member of the House of Assembly in 1884, and in the following year he moved a motion for women’s suffrage. Then in 1886 he introduced a bill for women’s suffrage into the South Australian parliament. Although this bill was not passed, it presumably prepared the way for the similar bill which was passed in 1894. Not only was EC Stirling committed to the political rights of women, but he also believed in their right to a proper education. He lectured at the Advanced School for Girls, and also campaigned for women to be admitted to Adelaide University’s School of Medicine.

Coming from an influential and successful family and having such an intelligent and liberal father provided many advantages for Harriet. She had access to an excellent education and was encouraged to pursue a wide range of interests. She was born in London in 1878, and in 1881 her parents took her and her two younger sisters back to their native South Australia, where they lived first in North Adelaide, and then later at the fine property St Vigeans, near Stirling in the Adelaide Hills. The girls (eventually five of them) were taught at home by a well-respected German governess.

Although Harriet never married or had any children of her own, she devoted herself to the welfare of children. In this she was certainly inspired by her father, who had worked as a surgeon at the Belgrave Hospital for Children in London and always maintained an interest in paediatrics during his career as Professor of Physiology at Adelaide University. She also loved helping with her younger brothers and sisters. Harriet’s eldest nephew remembered her as being a kind and gentle women who always gave generously of herself to those in need.

Harriet numbered among her friends many influential South Australian women, including Catherine Helen Spence and Dr Helen Mayo. Spence formed the State Children’s Council with support from Harriet Stirling, whose father was its first President. Harriet herself was a member of the Council from 1907, and she served as its President from 1922 to 1926. Some of the orphaned wards of State were taken under her wing at her family’s St Vigeans property.

On 12 February 1914, Harriet was appointed an ‘Honorary Commissioner to inquire into and report upon the question of the Control and Management of State and Neglected Children in Great Britain and on the Continent of Europe’. In that capacity she wrote a paper titled ‘A review of some of the agencies in use in saving child life in South Australia’.

The School for Mothers

Detemined to do something to decrease infant mortality and to improve infant nutrition and hygiene, Harriet and her friends Dr Helen Mayo and Mrs P Morice founded the School for Mothers in 1909. By providing training and support for mothers, the school aimed to improve the health and wellbeing of both them and their children. Earlier in 1909, Dr Mayo had presented a paper on infant mortality which raised general awareness of many of the problems faced by mothers. A visit and lecture by a worker from the St Pancras School for Mothers in London provided the inspiration for the Adelaide school, and the new venture was modelled on the St Pancras example.

Originally run as a small clinic in the Franklin Street Kindergarten, the Adelaide School for Mothers provided health advice to mothers and made sure women were aware of the benefits of breastfeeding. Those who were not able to breastfeed were trained to use the safest alternative techniques. This developed into the School for Mothers' Institute and Baby Health Centre, an organisation which is linked to the improvement in infant health during the early 20th century. By 1926, there were 39 clinics providing services to mothers and babies in South Australia, and the organisation was renamed the Mothers and Babies’ Health Association.

The early establishment of a School for Mothers and the subsequent development of the service contributed to South Australia having the lowest infant mortality rate in the world in 1937, and led to the founding of Torrens House in 1938. The work of the School for Mothers continues to this day under the banner of Child and Youth Health.

Another serious concern for Harriet and Dr Mayo was that children under two were not admitted to the Adelaide Children’s Hospital (apparently due to the risk of infection - they were only allowed in for the period of necessary surgery). From 1913, the two of them campaigned for a babies’ ward to be added to the Children’s Hospital, and when their request was refused, they established their own hospital for babies in 1914. This was later taken over by the Government and relocated to Woodville, becoming the Mareeba Babies’ Hospital in 1917. Harriet was actively involved with the framing of the policy for this hospital, as well as serving as its secretary.

Harriet lived in the family home of St Vigean’s until her widowed mother died in 1936, and the house was sold. She subsequently established her own home nearby, commissioning prominent architect Eric McMichael to build Brothock at the top of Birch Road, very near her family home. Brothock was named after the tiny stream which lies adjecnt to the village of St Vigeans in Scotland where her Grandfather (Edward Stirling Sr) had studied. Harriet then lived at Brothock until her death in early 1943. She was buried with her parents and many members of her family in the North Road Cemetery at Nailsworth, Adelaide.

Harriet Stirling’s efforts for the mothers and babies of South Australia made a significant contribution to the health and well-being of countless South Australians. Her dedication to this important work earned her an OBE in the early 20th century. 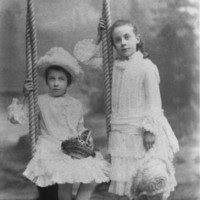 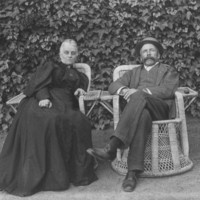 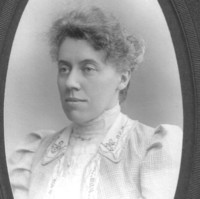 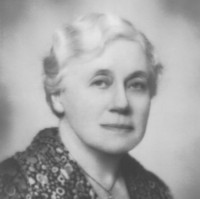 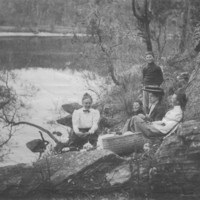